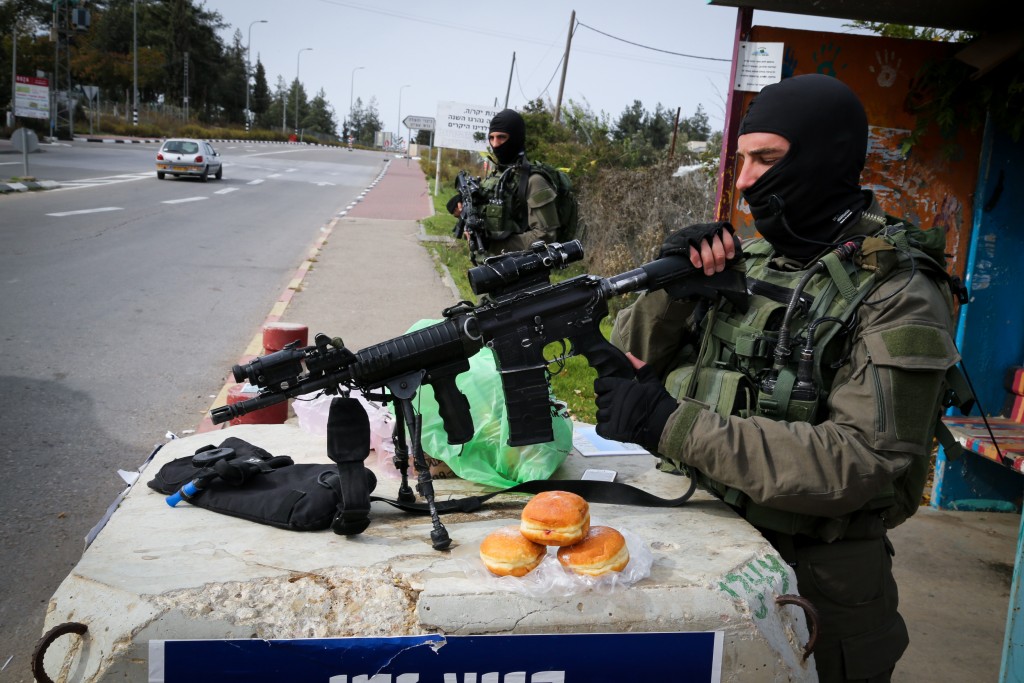 How many jelly doughnuts–sufganiyot, as they call them in Israel–do you need to help the soldiers of the Israel Defense Forces have a happy Chanukah?

And that’s how many sufganiyot were requisitioned for all of Israel’s soldiers during Chanukah.

The Ministry of Defense went about the matter of sufganiyot procurement by the book, issuing tenders to several food manufacturers for the contract.

Research showed that the soldiers prefer jam-filled doughnuts over other fillings, so this year 80% of the purchase was for jelly doughnuts and 20% chocolate.

The Ministry’s department of procurement said: “We all want our soldiers to experience and feel the holiday atmosphere, to have a sweet, fun Chanukah. Our soldiers’ opinions are very important to us and therefore we make sure that it comprises a significant part of our decision making. In order to ensure that they will enjoy hot and fresh doughnuts, there will be a fresh, daily supply, for the enjoyment of every soldier.”

Another treat for the IDF came on Sunday, Erev Chanukah, in the form Chanukah gelt.

Soldiers’ monthly wages will be raised by 50 percent, to take effect in January, the government announced.

The raises were worked out by the Treasury and the Defense Ministry, and finalized with the cabinet’s approval on Sunday morning.