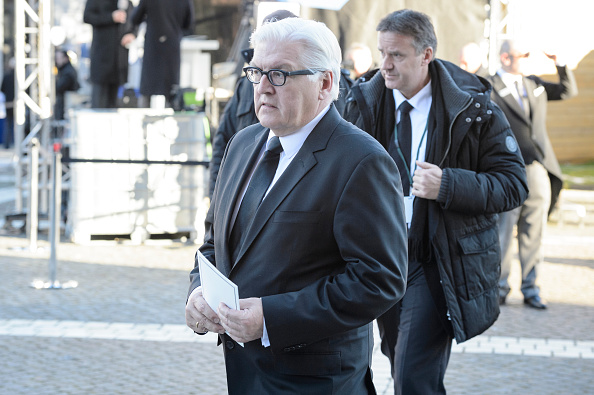 Despite outspoken opposition within Germany to the EU’s decision to label Israeli products from over the Green Line, the German Foreign Ministry has expressed support for the EU policy.

German Foreign Minister Frank-Walter Steinmeier took the official EU line in defending it, saying it “does not deal with a stigmatized warning decal, as many have presented… What Brussels wants is, however, only a clear designation of the origin of the products,” he told The Jerusalem Post in reply to an email query.

However, the ministry’s reply, attributed to Steinmeier, stressed that “there will not be an Israel boycott in Germany” and “Israeli products will, of course, continue to receive preferential market access.”

Leading politicians, including from German Chancellor Angela Merkel’s own Social Democratic Party, have criticized the EU guidelines, though Steinmeier himself is a member of the party.

Germany’s Parliament President Norbert Lammert said Wednesday during a visit to Berlin by Knesset Speaker Yuli Edelstein that labeling is “unnecessary and unwise. Germany not only didn’t agree to the decision, it rejected it,” he stated.

A Merkel aide said that the government is reviewing the matter. Merkel has yet to issue a public statement on the issue.

Meanwhile, eastern Yerushalayim became a diplomatic flashpoint between Israel and Austria, as a meeting between science ministers of the two governments was canceled because it was to be held in that area.

But when Akunis insisted on meeting in his office in the Kiryat Menachem Begin government compound located beyond the Green Line in the Sheikh Jarrah neighborhood of eastern Yerushalayim, his Austrian counterpart canceled.

Mitterlehner suggested other venues in the western part of the capital, where Israeli sovereignty is not in question, but Akunis told him that the meeting “be held in the office of the Minister of Science or nowhere,” according to Ynet.