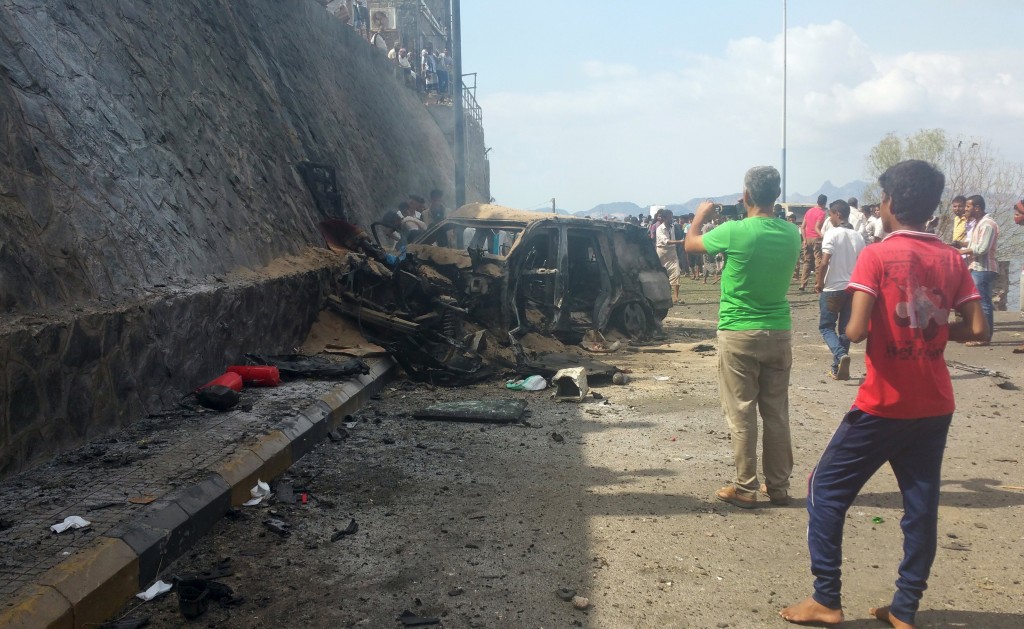 Yemeni security officials say a huge explosion has killed the governor of Aden and six of his bodyguards.

Islamic State later claimed responsibility for the explosion. In a statement posted on a messaging service, the group said it detonated an explosives-laden car as Jaafar Mohammed Saad’s convoy was passing in a western district of Aden.

The officials say Governor Gaafar Mohamed Saad was traveling to his office in a convoy on Sunday morning when the explosion took place in the Rimbaud area of the southern port city.

The officials spoke on condition of anonymity because they are not authorized to brief the media.

Pro-government forces backed by a Saudi-led coalition drove Shiite Houthi rebels out of Aden earlier this year. A local al-Qaida affiliate has exploited the chaos of Yemen’s conflict to seize territory in the country’s south and east, and has a growing presence in Aden.