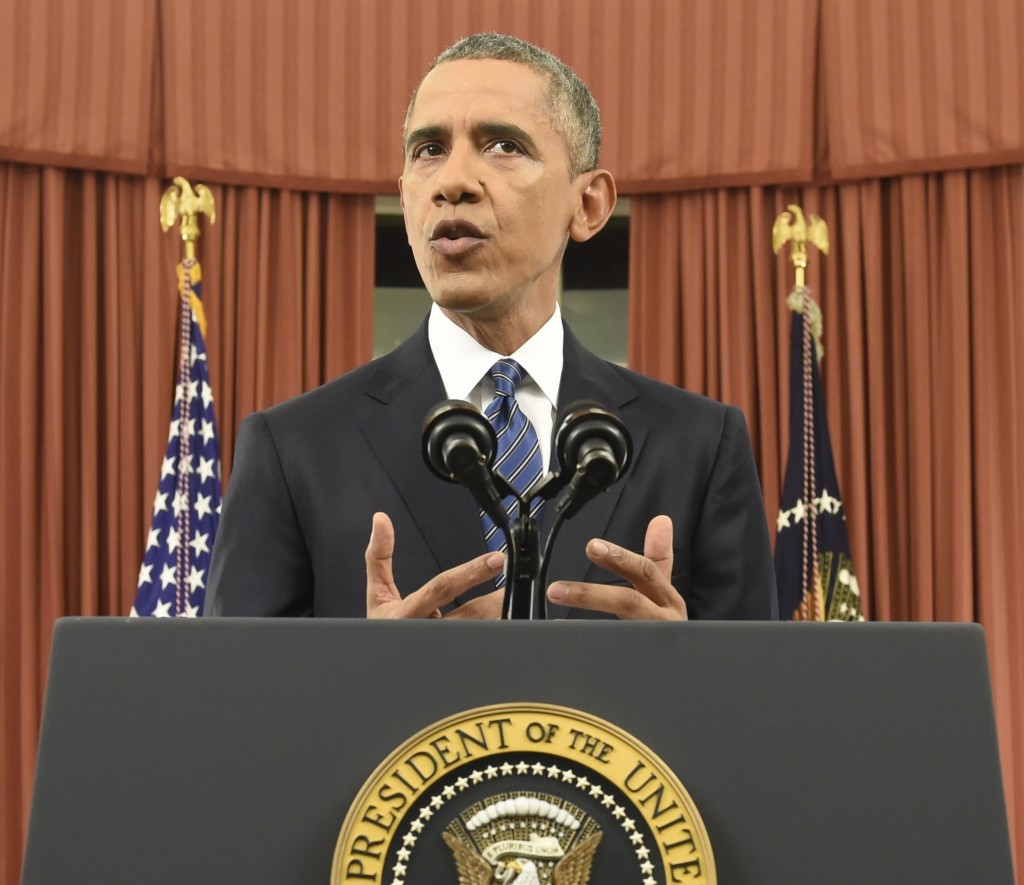 In a rare Oval Office address, President Barack Obama vowed Sunday night that the United States would overcome a terror threat that has entered a “new phase,” as he sought to reassure Americans shaken by recent attacks in Paris and California.

“I know that after so much war, many Americans are asking whether we are confronted by a cancer that has no immediate cure,” he said, speaking from a lectern in his West Wing office.

The president’s speech followed Wednesday’s shooting in San Bernardino, California, that killed 14 people and wounded 21. The attack was carried out by a married couple, and authorities say that the wife had pledged allegiance to the Islamic State and its leader in a social-media post.

Obama said that while there was no evidence that the shooters were directed by a terror network overseas or part of a broader plot, “the two of them had gone down the dark path of radicalization.”

“This was an act of terrorism designed to kill innocent people,” he said in the 13-minute address.

The president announced no significant shift in U.S. strategy and offered no new policy prescriptions for defeating Islamic State, underscoring both his confidence in his current approach and the lack of easy options for countering the terrorist group. He did call on Congress to tighten America’s visa-waiver program and to pass a new authorization for military actions underway against IS in Iraq and Syria.

The president also reiterated his call for tightening U.S. gun laws, saying that no matter how effective law enforcement and intelligence are, they can’t identify every would-be shooter. He called it a matter of national security to prevent potential killers from getting guns.

While Obama has spoken frequently about Islamic State in recent news conferences and other events, the decision to speak in prime time reflected concern among his advisers that his message isn’t breaking through. The White House has been particularly concerned about the heated rhetoric from Republican presidential candidates about Muslims.

The president implored Americans not to turn against Muslims at home, saying that Islamic State was driven by a desire to spark a war between the West and Islam. Still, he called on Muslims in the U.S. and around the world to take up the cause of fighting extremism.

The spread of radical Islam, he said, is “a real problem that Muslims most confront without excuse.”