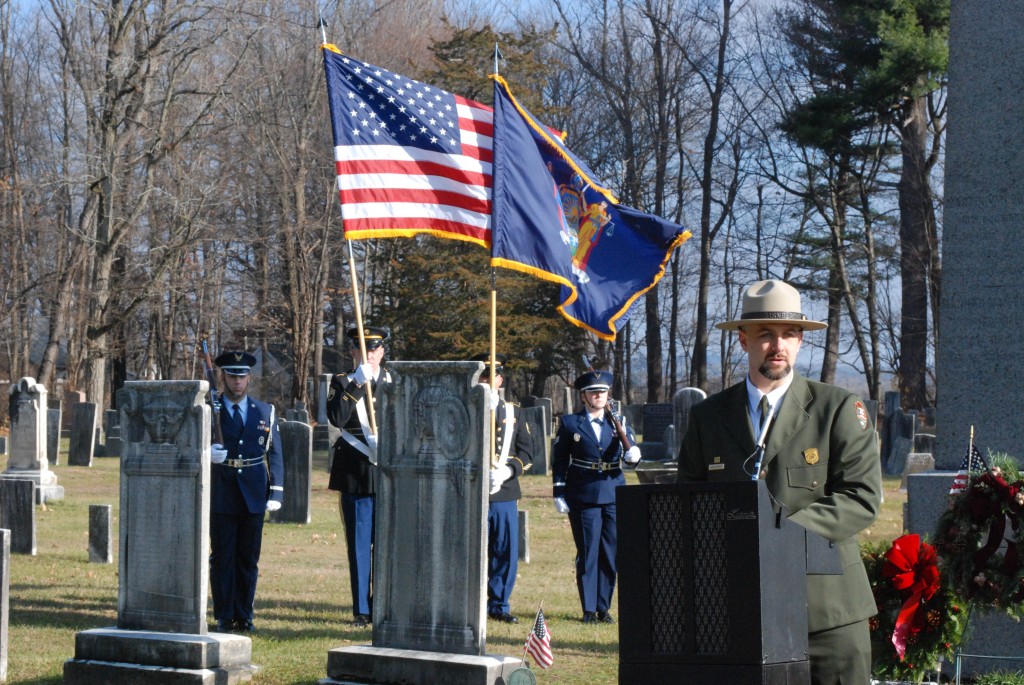 The U.S. military honors the nation’s former presidents by laying wreaths at their gravesites on the anniversary of their birth.