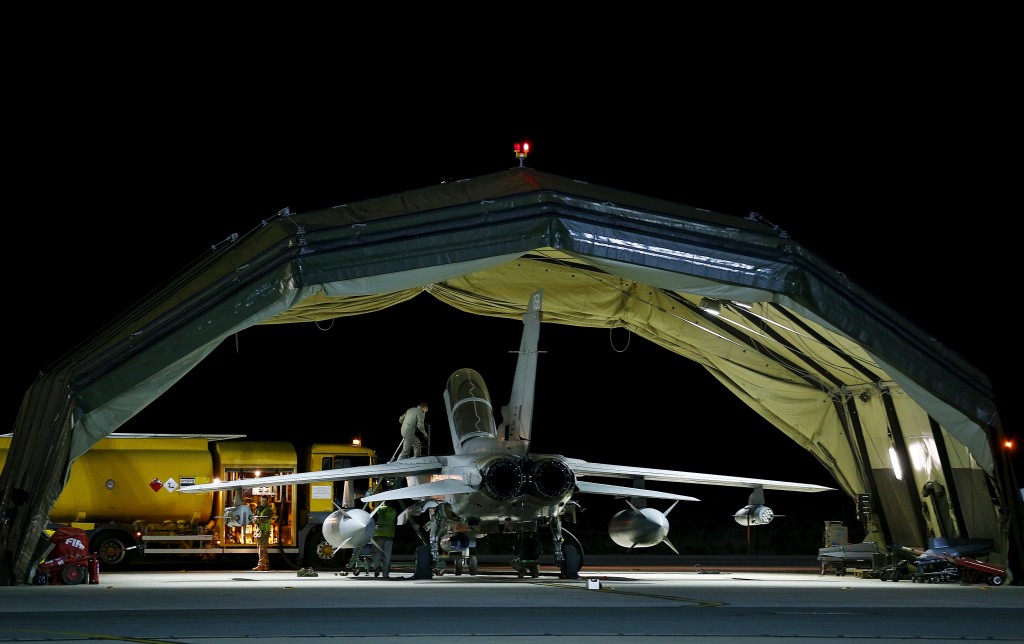 British lawmakers approved the bombing of Islamic State targets in Syria on Thursday. Hours after that approval, the Royal Air Force struck the oil fields that Cameron’s government says are being used to fund attacks on the West.

Speaking in an interview conducted before the vote in Parliament, the result of which had been widely anticipated, Assad said Cameron’s strategy would make the situation worse, not better.

Police in London said they were treating a stabbing on Saturday as a terrorist incident, after a man wielding a knife slashed another, screaming, “This is for Syria,” according to British media.

Assad ridiculed Cameron’s assertion that there are as many as 70,000 Western-backed opposition fighters in Syria who would open a political solution to the civil war and could retake territory from terrorists weakened by the air strikes.

Cameron opposes Assad’s government in Syria, where the more than four-year civil war has forced millions of refugees to flee the country. In 2013 Cameron failed to win parliamentary approval for air strikes on Assad’s forces.

Britain is part of a U.S.-led coalition conducting air strikes against Islamic State in Iraq and Syria, where terrorists have captured large areas and proclaimed a Caliphate to rule over all Muslims.

Cameron, setting out his strategy last week, said air strikes alone would not be enough, and that Britain was pursuing a multi-faceted approach designed to defeat Islamic State and deliver a political and humanitarian solution to the civil war in Syria.