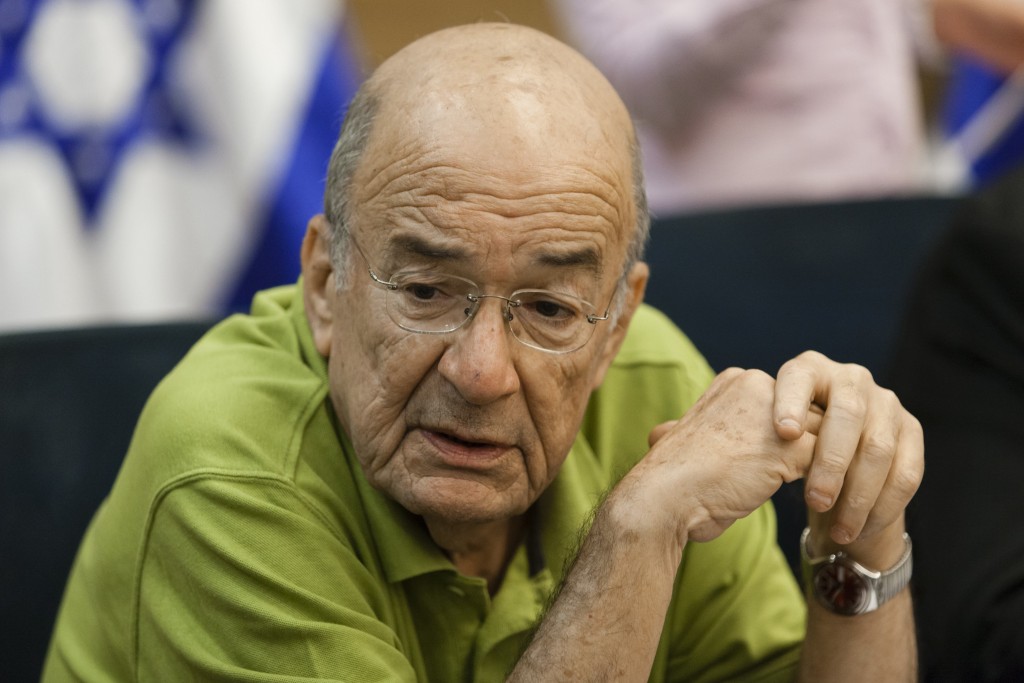 Yossi Sarid, the Israeli politician who for decades personified the “secular other” for observant Israelis, has passed away. Sarid, 75, passed away on Friday night due to complications from heart disease, from which he suffered for decades.

His levayah is set for Sunday afternoon at the “secular cemetery” in Kibbutz Givat Hasheloshah.

Sarid was a member of nine Knessets, starting in 1974 through his retirement in 2006, as a member at various times of Labor, the Ratz party, and Meretz. He served as Education Minister for one year, in 1999, in the government of Ehud Barak, and was opposition head between 2001 and 2003. Following his retirement from politics, he worked in various media positions.

Sarid was a strong advocate for Israel’s withdrawal from Gaza and the northern Shomron, providing Knesset support to every withdrawal vote that has taken place – including those sponsored by Likud governments, such as the 2005 disengagement from Gaza and northern Shomron. Blessed with a quick tongue, Sarid was a favorite in Israeli media, always to be relied upon for a quick-witted cynical sound byte on government activities.

In the religious community, Sarid will be remembered as the ultimate spokesperson for the secularist left, who left no stone unturned in opposing legislation that would benefit religious Jews. In one of his most famous confrontations with the religious community, Sarid in 2000 filed a police complaint against Hagaon Harav Ovadia Yosef, zt”l, for comments he made in a shiur, leading police to question Harav Yosef.

A confirmed secularist, Sarid was not known to have any affinity for spiritual matters – until last year, when he had a heart attack, and was, according to doctors, close to death. In an interview later, Sarid said that during the time that he was clinically dead, he experienced what he said was his soul’s observing “everything from above. It was a strong feeling that I had left my body. As a soul looking down from above I saw my family traveling to the hospital in the car, and my wife immediately coming to see how I was. That’s when I came back to myself.” Sarid said in the interview that he had “never believed in a soul: it was against my ideology.”