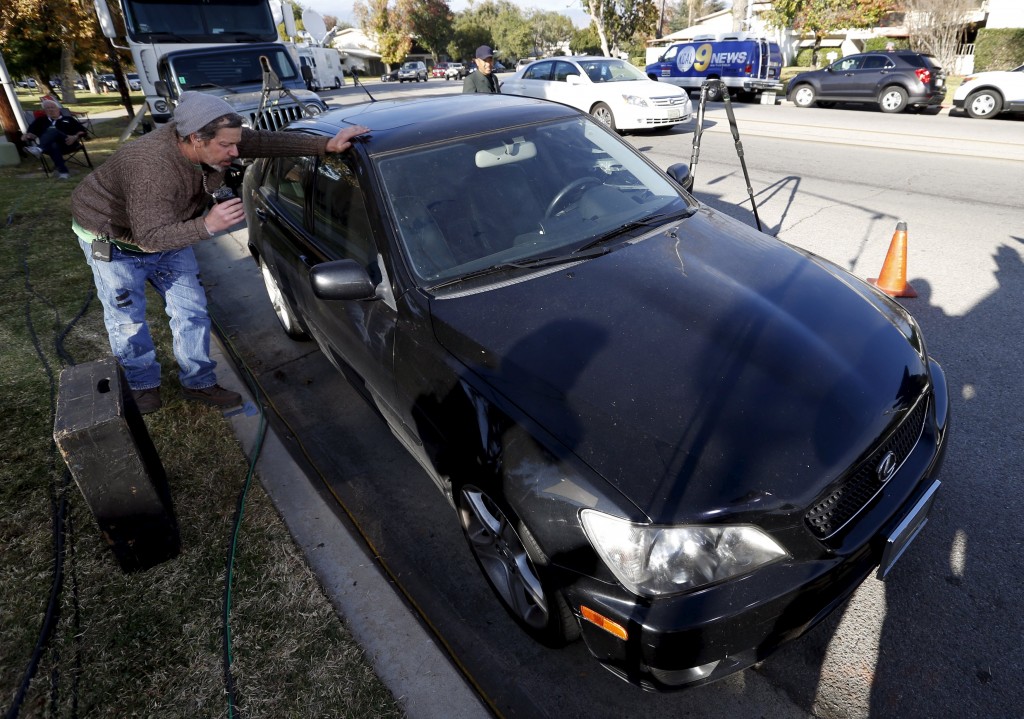 Federal agents in Riverside conducted a search early on Saturday at what neighbors say was the house of a childhood friend of Syed Rizwan Farook, who, together with his wife, killed 14 people in a mass shooting in California on Wednesday.

The searched house was located next door to the home in which Farook lived with his family for more than a decade.

Federal Bureau of Investigation spokeswoman Laura Eimiller confirmed that a federal search warrant had been executed in Riverside overnight, but declined to give the address or comment on the reason for the search.

A source close to the investigation said the search took place at the home of Enrique Marquez, and that investigators were looking into the relationship between Marquez and Farook. Marquez has not been charged with any crime.

Four neighbors interviewed on Saturday said that Marquez was a good friend of Farook.

Farook, 28, and his wife, Tashfeen Malik, 29, most recently lived in Redlands, a community about 30 miles (48 km) northeast of Riverside. The couple died in a shootout with police hours after their attack on a party for civil servants in nearby San Bernardino.

U.S. authorities are investigating the shootings as an act of terrorism, and on Saturday Islamic State said the couple were followers of the militant group.

NBC News reported the house that was searched is home to a man who authorities believe bought the assault rifles Farook and Malik used in the attack.

Sandie Emperador, 30, said she saw Marquez and Farook working together on many occasions fixing cars in Farook’s garage.

Another neighbor, who declined to give her name, said she regularly saw Marquez visit Farook in his home and often saw the two of them laughing together, but that the friendship seemed to end abruptly about three years ago.

Around that time, she said, she was surprised to see them both standing on the street one day without acknowledging one another. After that, she said, she did not see them together again.

Several neighbors said they noticed about two years ago that Farook had begun wearing traditional Pakistani clothing – a long tunic and an Islamic prayer cap. He also began growing his beard out.

Neighbor Phyllis Hoops, 80, said she often saw the Farook family taking a walk together in the evenings. She said they did not associate with other people in the neighborhood except for Marquez, but that he and Farook would often spend entire days working on cars together.

According to public records, Farook and Malik moved to a townhouse in Redlands in August.

Emperador said she had not seen Marquez around the neighborhood for several months.

Maria Gutierrez, 56, who lives next door to the house that was raided, said FBI agents evacuated her and her family from their house at 1:30 a.m. on Saturday in preparation for the raid.

The neighbor, who did not want to give her name, said the search lasted until roughly 9 a.m., and that the agents used a blowtorch and had dogs with them. At one point, she said, she saw two people she knew to be living in the house standing on the front lawn in handcuffs. She did not see Marquez.

Part of the garage door was torn apart and a window to the garage was broken at the house that neighbors said was searched by federal agents.