National Stories of Those Killed in the California Mass Shooting
National 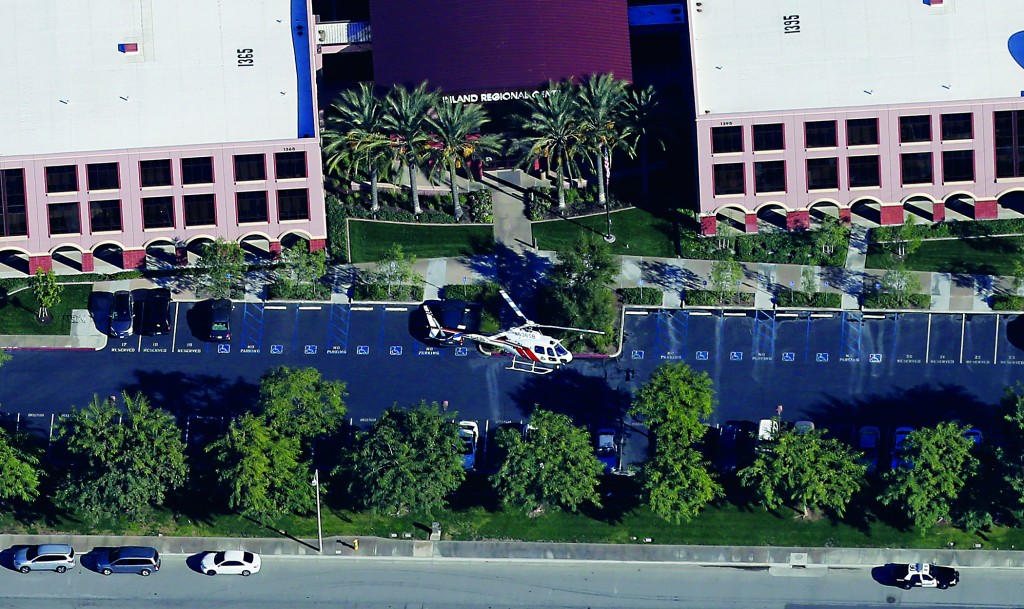 Most of the 14 people killed at a banquet in San Bernardino County, California, worked in the same county public health department as the man who showed up with his wife and sprayed the hall with gunfire.

An official list of the dead was released Thursday, and families, friends and co-workers came forward to share some of their stories:

Only two weeks ago, Thalasinos, of Colton, was having a heated on-the-job discussion about the nature of Islam with Syed Rizwan Farook, his fellow restaurant inspector and one of the shooters.

Thalasinos’ friend, Kuuleme Stephens, told The Associated Press that she happened to call him while he was working with Farook and that he brought her into their debate, loudly declaring that Farook “doesn’t agree that Islam is not a peaceful religion.”

She heard Farook counter that Americans don’t understand Islam, and Thalasinos responded by saying, “I don’t know how to talk with him,” she said.

Thalasinos wife, Jennifer, told the AP the two “probably did have debates” but “I never got the impression it was in a bad way.”

“They all got along really well. So it’s shocking,” she said.

A wife and mother of an infant son was killed in the attack, her aunt, Rebecca Godoy, said in a social media post that linked to Godoy’s own page.

“Yesterday in the shootings in San Bernardino many families were affected. Ours was one of them,” Rebecca Godoy wrote. “We will keep her flame alive so that her young son does not forget his special mother.”

Velasco is being described by her family as smart, motivated and full of life.

In a statement, her relatives said she was “loved by all who knew her…

“We are devastated about what happened and are still processing this nightmare,” the family said.

Velasco is survived by her parents and three sisters.

“Please pray for our family and the other families who have lost a loved one as a result of this terrible tragedy,” her relatives wrote.

She was born in Iran in 1969 and came to the United States at age 18 to escape the persecution of Christians after the Iranian Revolution, according to a family statement on a fundraising account set up in her name.

Her cousin, Melani Betbadal, referred reporters to the statement and declined further comment.

She first settled in New York City but eventually moved to Rialto, California. She and her husband, a police officer, were married in 1997 and have three children ages 10, 12 and 15.

Betbadal graduated from California State Polytechnic University in Pomona with a degree in chemistry and took a job as a health inspector with San Bernardino County.

“It is the ultimate irony that her life would be stolen from her that day by what appears to be the same type of extremism that she fled so many years ago,” the family said in the statement.

Her friends say she stood out as someone who always had an encouraging word.

Timothy J. Lee remembers meeting Clayborn in a class at the University of California, Riverside.

“She always had something encouraging to say,” Lee said.

After graduating in 2010, Clayborn worked jobs in retail and at a bank before landing a position at the San Bernardino County Department of Public Health. Like a number of other victims, she inspected restaurants.

The Yucaipa resident was known as a loving father and husband, friends said.

A fundraising page for his wife, Summer, and 20-month-old daughter, Savannah, had raised thousands of dollars in several hours Thursday.

He ran an independently owned coffee shop inside the Inland Regional Center where the county health workers were using a hall for their banquet. The shop’s workers included people with developmental disabilities, which can include epilepsy, autism and intellectual disabilities.

Eileen Richey, the executive director of the Association of Regional Center Agencies, said his death “fills us with sorrow, knowing so many families are in mourning.”

“Michael was the most amazing person,” Renee Wetzel said in a statement, issued through her friend Celia Behar.

He was passionate about serving his community, a message he took from his Catholic high school in Riverside and carried throughout his life.

Walter Hackett, who met Meins some 40 years ago in high school, said he will be remembered for “service to others, helping others. He very much took that to heart,” Hackett said.

“Funny and smart and tall. A real quick smile, very friendly and outgoing,” he said. “It’s a real hard hit for all of us who knew him.”

Johnson was the lone victim who lived in Los Angeles, a long commute to San Bernardino County where he worked as a health inspector.

He rose before dawn every morning to get to his job from his home in Koreatown.

The mayor’s office said in a statement Thursday night that “we have learned that one of our own … is among those who lost their lives.”

Born in Vietnam, Nguyen was a food inspector with the county health department. She lived in Santa Ana.

He was a supervising environmental health specialist.

Authorities released the names of the rest of the victims, but details about them weren’t immediately available. They are: