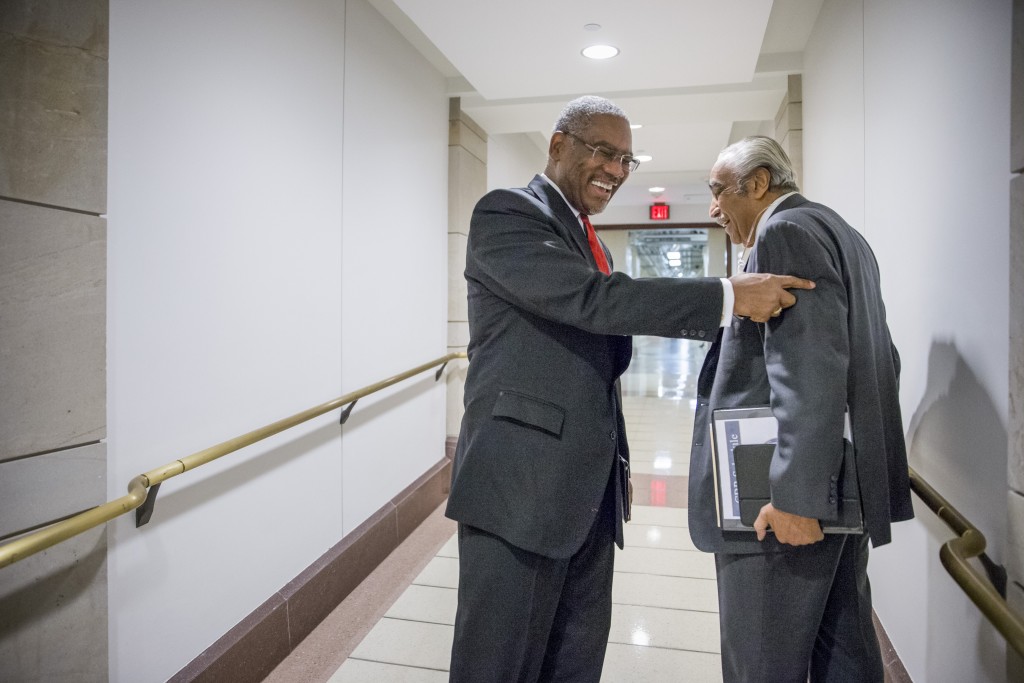 Queens State Senator James Sanders filed paperwork on Wednesday, to take on Queens Congressman Gregory Meeks, according to a report by the Observer.

This would be a primary race in New York City, between two Democrats.

Sanders, a close ally of organized labor, has been an outspoken critic of Meeks’ support for the Trans-Pacific Partnership — a proposed free trade agreement backed by the Obama administration and congressional Republicans, but opposed by unions and most Democrats.

“The beauty of American democracy is that anyone can run for office,” Meeks said of the apparent challenge between two Democrats. “I wish him the best of luck.”

Meeks has long been dogged by claims of corruption in relation to receiving favorable loan rates, failing to make financial disclosures and for ties to nonprofits under federal investigation.

However, Meeks has never been accused of a crime and is well-entrenched in the district.

Earlier this year Meeks, together with other Democrats, participated in a boycott of the speech delivered by Israeli Prime Minister Binyamin Netanyahu in Congress about the Iranian nuclear threat.

Sanders previously served in the City Council. In 2012, he unseated former State Senator Shirley Huntley, who was later convicted of embezzling from a taxpayer-subsidized charity she oversaw.

Should Sanders actually pursue a run for the seat, the primary would be held in June of 2016.