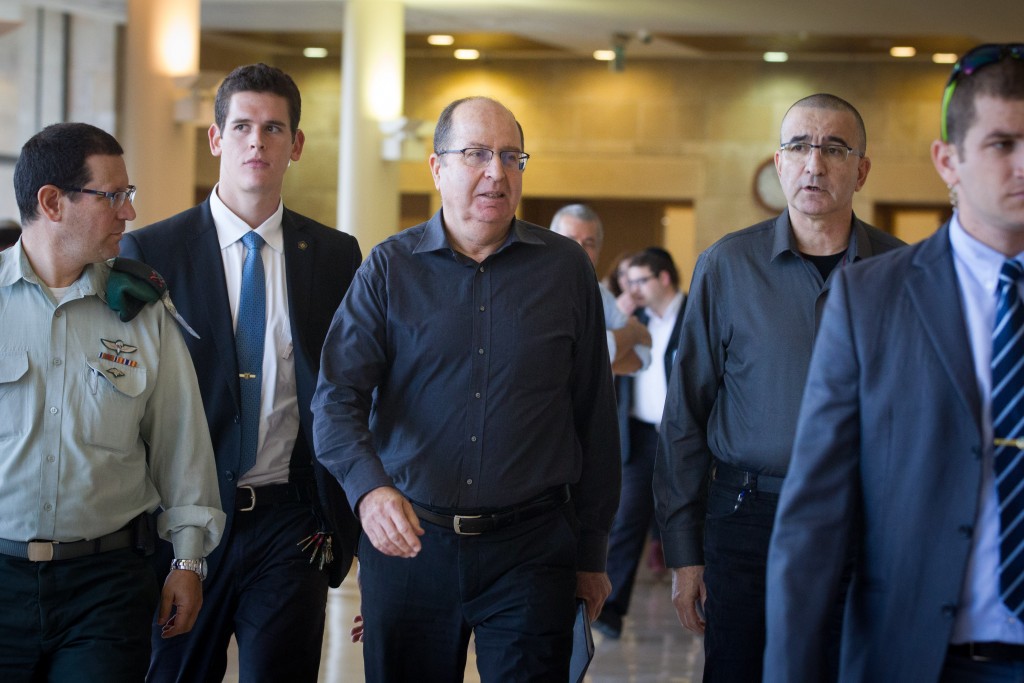 Israeli Defense Minister Moshe Yaalon arrived in the United States for a brief visit on Thursday, in an another effort to expedite the talks with the American government on the size of the military compensation package following the nuclear deal with Iran.

Upon his arrival, Yaalon declared that “the state of Israel will not allow the transfer of weapons from Iran to Hizbullah.”

Yaalon met with senior congressional officials on Thursday morning, including the chairman of the Armed Services Committee Mack Thornberry, and with the members of the Foreign Affairs Committee of the Congress.

During the course of the meetings, Yaalon discussed with his hosts the strategic issues in the Middle East, and surveyed the current situation in the region.

“We in Israel very much appreciate the support of the United States for Israel, and the cooperation between the security establishments, the militaries and the intelligence agencies.”

“There are many players now in Syria, and terrible chaos. We do not take sides with anybody and do not intervene in what is happening in Syria, but we do insist on guarding our red lines. We will not tolerate any violation of our sovereignty on the Golan Heights, and we will not tolerate attempts to transfer chemical and advanced weapons to enemy forces — especially Hizbullah — including those shipped from Iran and transported via Syria.

“We are very concerned about the Iranian presence in Syria. The Kuds force, which is the only organization in Syria today which is directing terror activities against us, and is trying to smuggle weapons and activate agents.

“The Iranian dictatorship,” Yaalon added, “is regarded as one of the stabilizing factors in the region, but we say that it is the heart of the problem. This dictatorship promotes terror and subversion in other countries in the Mideast, and it’s not good news for the region, not only for Israel. This dictatorship is setting up infrastructures for terror around the world, including in America.”

Regarding the Iran nuclear agreement, Yaalon said that “the Iranian peril has not disappeared as a result of the agreement; rather it has become more effective. The Iranian dictatorship will be more confident, with more money, in the wake of the lifting of the economic sanctions, and with more possibilities to arm, train and finance terror groups. The ramifications of this deal will be a stronger Hizbullah, and continued efforts to furnish weapons and technology to Hamas and Islamic Jihad.”

“The Iranians have not abandoned their ambition to obtain nuclear weapons, even if it takes 10 or 15 years. Therefore, it is incumbent upon us to build the IDF, not only for the near term, but also for the years to come, in order that we will be able to defend ourselves with our own forces.”

“Both we and our friends in the United States take this fact into account in these talks on renewing the military assistance pact.”