Israel New Police Commissioner on the Job in Israel
Israel 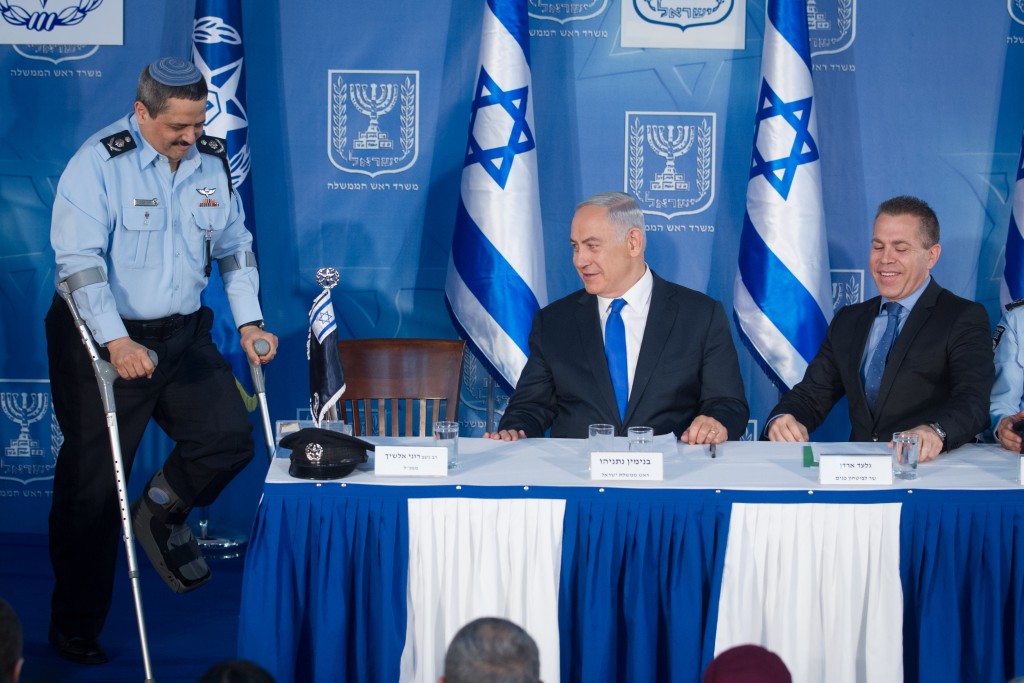 Roni Alshich, former deputy head of the Israel Security Agency (Shin Bet) officially took on the position of Police Commissioner in Israel on Thursday. At a ceremony installing Alshich, the new commissioner said he had “never dreamed” that he would one day be appointed to such a job. “I don’t even remember dressing up like a cop when I was a kid, but I am very honored and will do my best to fulfill the tasks before me,” he said.

The installation ceremony had originally been scheduled for Sunday, but was postponed after he broke his leg a day earlier. In a cast, he was able to stand and accept the appointment officially on Thursday from Prime Minister Binyamin Netanyahu and Public Security Minister Gilad Erdan.

Alschich takes over the post after the previous commissioner, Yochanan Danino, retired last June, and from his temporary replacement, acting commissioner Bentzi Sau, who is also retiring. Danino, who had been commissioner since 2011, resigned soon after the mass protests last spring by large numbers of Ethiopian Jews over the beating of a soldier by police. The protests took place in May, and Danino resigned in June, although government officials said that there was no connection between the two.

A more likely reason for Danino’s retirement was the sharp criticism by many officials, both inside and outside of the government, for a major deterioration in the quality and motivation of police officers during his tenure as commissioner. Numerous top commanders were implicated – with several prosecuted – in a number of high-profile scandals of various types, to the extent that Netanyahu and Erdan decided to search for a new commissioner from outside the ranks of the police.

Alshich, the 18th commissioner of the Israel Police, has no experience at all in the department, and his appointment was opposed by several MKs and police officials, who demanded that someone from the “inside” be promoted. According to sources close to Netanyahu, a search committee was unable to find a suitable candidate from within the department.

Alshich, 52, is considered one of the top strategists in the Shin Bet, helping to devise successful methods of preventing the organization and activity of terrorist groups. He is the first observant head of the police department, and is a former resident of a Jewish community in Shomron.