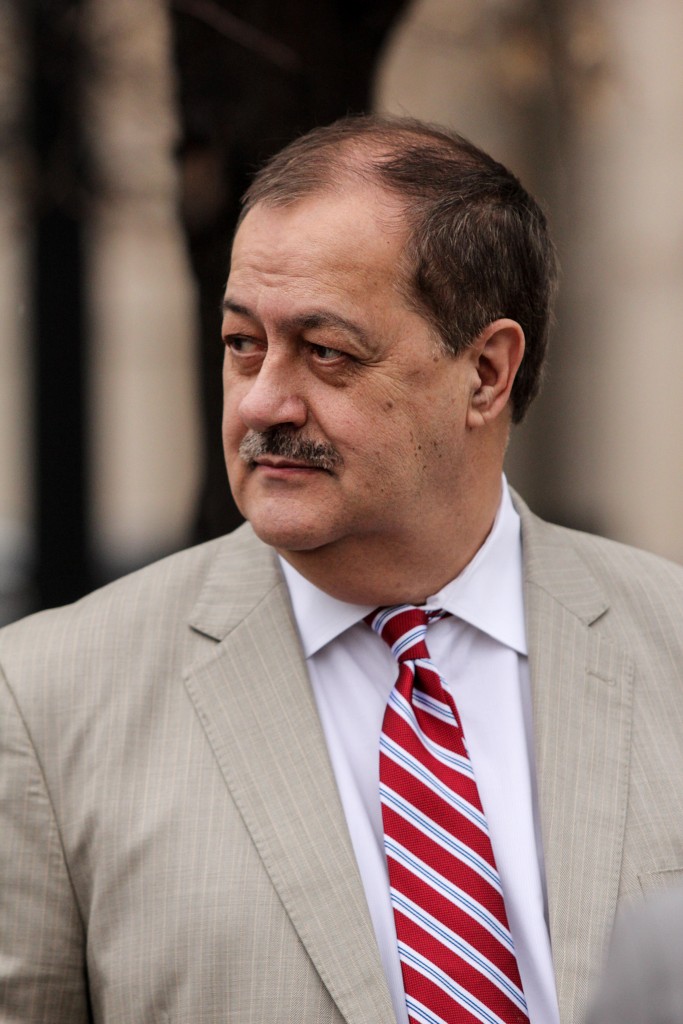 Former Massey Energy Co. Chief Executive Officer Donald Blankenship, one of Appalachia’s last coal barons, was found guilty of plotting to speed up production by ignoring safety rules at a company mine that later blew up, killing 29 workers.

Once one of the most powerful figures in West Virginia, Blankenship now faces the prospect of a short prison term after his conviction on a misdemeanor count of conspiracy. He was acquitted on two other charges of securities fraud and making false statements.

His conviction by a local jury on the single count caps a series of blows for the industry that once drove the state economy, as falling energy prices and tougher regulations have bankrupted dozens of coal companies and left miners out of work.

“We’re disappointed but not as disappointed as we could have been,” Blankenship’s attorney William Taylor said after the verdict was read. “We’re pleased the jury found him not guilty on the felony charges.”

The conviction ends a five-year effort by federal prosecutors to hold Blankenship accountable for safety violations that led to the explosion at the mine about 30 miles (48 kilometers) south of the state capital of Charleston. It was the worst U.S. mining disaster in more than 30 years.

The case is a rare instance of the United States holding a chief executive accountable for fatalities in the workplace. The government’s task was made easier by secret recordings Blankenship made of his meetings and phone calls. In one, he’s heard saying that a confidential memo outlining safety problems at Upper Big Branch would be “a terrible document” to be disclosed in court “if we had a fatal today.”

Blankenship had been a larger-than-life figure in West Virginia’s coal country, where one in 10 households has an income of less than $10,000 but the average annual salary of a miner was $84,959 in 2013, according to the U.S. Bureau of Labor Statistics. Over the years, he spent heavily backing politicians and judges friendly to the coal industry.

An ardent free-marketer, Blankenship argued that inept regulators were largely to blame for the mine disaster and that he sought to crack down on the number of regulatory violations at Upper Big Branch.

Blankenship will appeal, his lawyer said.