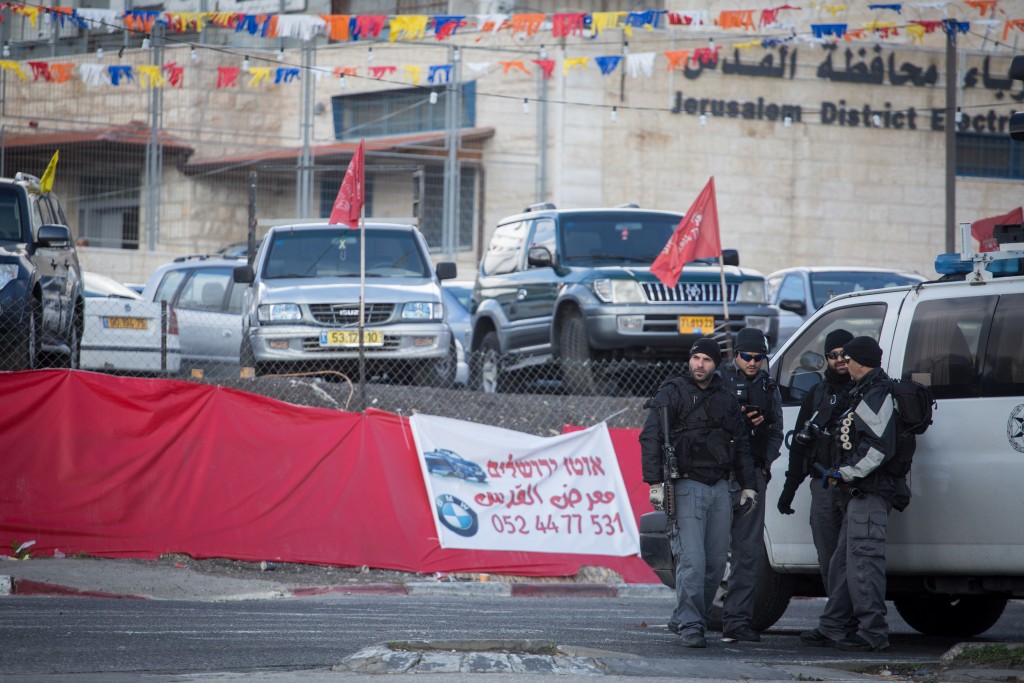 The IDF demolished on Wednesday night the home of Rajab Ahmad Muhammad Alyuwah, the mastermind behind the murders of Eitam and Naama Henkin, Hy”d, on October 1, during Chol Hamoed Sukkos. The terrorist’s home was located in the Dahiya neighborhood of Shechem. Large numbers of IDF troops entered the area late at night, and quickly razed the house of the terrorist who directed the murder of the Henkins and other terror attacks, the IDF said.

The demolition Wednesday night followed another one earlier in the day, which destroyed the home of Ibrahim al-Akhri, a Hamas terrorist who last year conducted a car-ramming attack in which two Israelis, Shlomo Aharan Ba’adani, Hy”d, and Border Police officer, Gidan Asa’ad, were killed. The two were waiting at a stoplight, preparing to cross a wide boulevard in Yerushalayim, when al-Akhri rammed his vehicle into the crowd that was waiting to cross the street. After that attack, al-Akhri backed off the sidewalk and continued up the road, hitting several pedestrians near the Shimon Hatzaddik station of the Jerusalem light rail. He then got out of his vehicle and started attacking people with an iron bar. Police opened fire and shot him to death.

As they prepared for the demolition, police found weapons and other terror equipment in the yard of the house. Some 1,200 police officers and IDF soldiers were in the area to keep order. Entrances and exits to the neighborhood were closed off for some three hours as the bulldozers tore down the house. As officers and troops left, they were attacked by masked youths throwing stones and firebombs.

Last year the Supreme Court of Israel gave the IDF permission to tear down the homes, as part of a program to discourage terrorism by causing losses to their families. But residents of Shu’afat, the Yerushalayim neighborhood where al-Akhri’s home was located, said they did not think that this was the most effective way of preventing terror. “The demolitions target the adults, the older generation, which is not involved in this wave of terror,” one resident told Israel Radio. “The parents cannot restrain the younger generation anyway, so the only thing demolishing homes does is make people angrier – thus creating more terrorists.”

In a statement, police said they would have “zero patience” for riots and attempts to interfere with the demolition. “Police will deal with any violators harshly and act with force and determination, within the confines of the law, against  any individual, adult or minor, who attempts to interfere with police business,” police said in a statement.