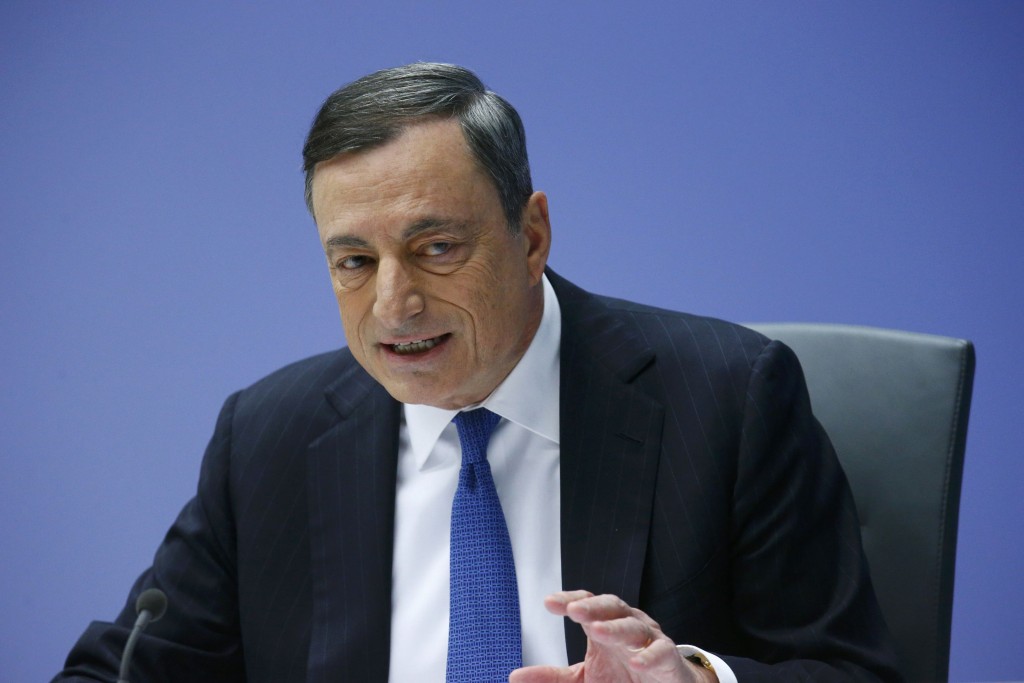 European shares fell on Thursday, and were set for their biggest drop in over two months, after the European Central Bank’s policy update was not as dovish as had been expected.

While the ECB decided to extend its asset purchase program until March 2017, it did not increase its size, and a cut in deposit rate was in line with expectations, with hopes of further easing being dashed.

“A 10 [basis point] cut in the deposit rate initially disappointed markets set up to expect fireworks from the ECB, which was quickly followed by another damp squib of a mere extension of the current ECB QE program,” said Alastair George, Chief Strategist at Edison Investment Research.

“We are not sure why, having promised so recently to be focused on the external risks to the Eurozone economy the ECB was willing to disappoint the markets in this way.”

Following volatile trade around the decisions, the FTSEurofirst 300 was last down 1.8 percent at 1,485.55 points, its biggest fall since late September and over 2 percent down from session highs hit shortly before the initial policy announcement.

The Euro STOXX 50 was down 2 percent, with all but one stock in negative territory.

Germany’s DAX, which has many exporters, fell 2.3 percent, suffering from a rally in the euro. Sectors with lots of exposure to exports also fell, with the autos and parts sector down 2 percent.

Non-euro zone indexes such as Britain’s FTSE 100 and Switzerland’s SMI outperformed, down 0.6 percent and 0.8 percent respectively.

German utility E.ON gained 2.8 percent, helped by a buy rating from Jefferies, which started coverage of the stock with a 10.50 euro price target.