National Obama: Shootings in U.S. Have ‘No Parallel’ Eleswhere
National 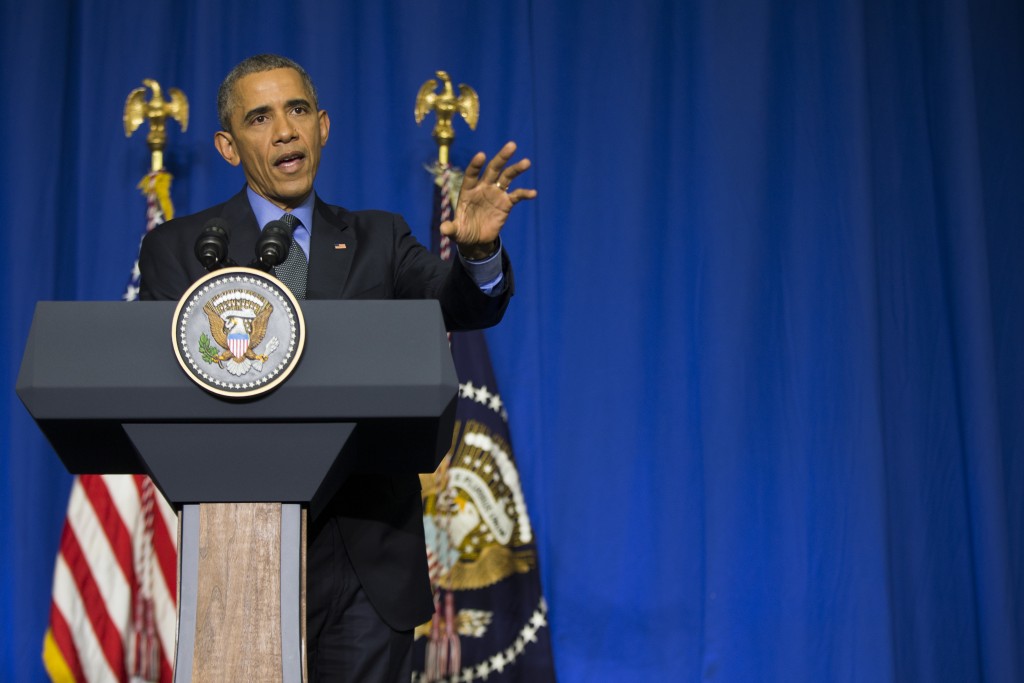 Wednesday’s shootings in California are the latest in “a pattern of mass shootings… that has no parallel in the world,” President Obama said.

In an interview with CBS scheduled to air on Thursday, President Obama – as he has done following each of a recent series of mass shootings — once again called for stricter gun-control laws, including imposing more extensive background checks and closing the current loophole that allows persons on the federal no-fly list to nonetheless buy guns.

“We should come together on a bipartisan basis at every level to make these [shootings] rare as opposed to normal,” Obama said. “We should never think that this is something that just happens in the ordinary course of events, because this doesn’t happen with the same frequency in other countries.”

“The one thing we do know is that we have a pattern now of mass shootings in this country that has no parallel anywhere else in the world,” Obama said in the interview, which was conducted shortly after he was briefed on the situation.Gunmen opened fire at about 11 a.m, Wednesday at the Inland Regional Center, a social-services agency in San Bernardino, killing 14 people and wounding 17 others before fleeing, authorities said.”We have no information at this point that this is terrorist-related, in the traditional sense that people may be thinking,” the city’s police chief, Jarrod Burguan, said Wednesday afternoon.