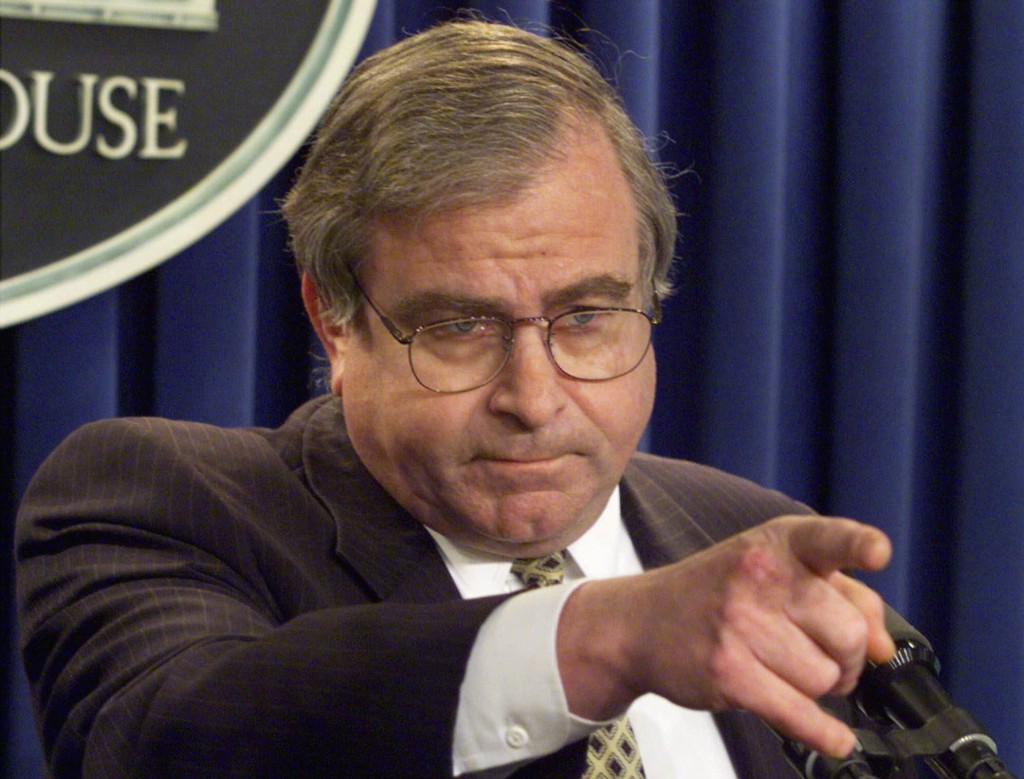 The cause of death was cancer, said a statement by his consulting firm, the Albright Stonebridge Group.

Berger was White House national security adviser from 1997 to 2001, including a period when the Clinton administration carried out airstrikes in Kosovo and against Saddam Hussein’s forces in Iraq. Berger was also deeply involved in the administration’s push for free trade.

He was deputy national security adviser during Clinton’s first term.

In 2005, Berger pleaded guilty to illegally removing classified documents from the National Archives for reasons that remain unclear. He was sentenced to probation and a $50,000 fine. He expressed regret for his actions.

Out of government, he helped found an international consulting firm that in 2009 merged with one run by former Secretary of State Madeleine Albright.

“He cared deeply about where this country was going what we could do to solve problems,” Albright said in a telephone interview. “That was the basis of his life, was to make a difference.”

“From his service in President Carter’s State Department to President Clinton’s National Security Advisor, Sandy devoted himself to strengthening American leadership in an uncertain world,” said President Barack Obama in a statement. “Today, his legacy can be seen in a peaceful Balkans, our strong alliance with Japan, our deeper relationships with India and China.”

“Around the globe, families and children are living healthier, more secure lives because, as a private citizen, Sandy was a humanitarian who helped the world respond to crises and feed the hungry,” said the president. “With his trademark passion, wisdom and good humor, he is remembered fondly within the ranks of the National Security Council, where those he mentored carry on his work … the America he loved is stronger because of his service.”