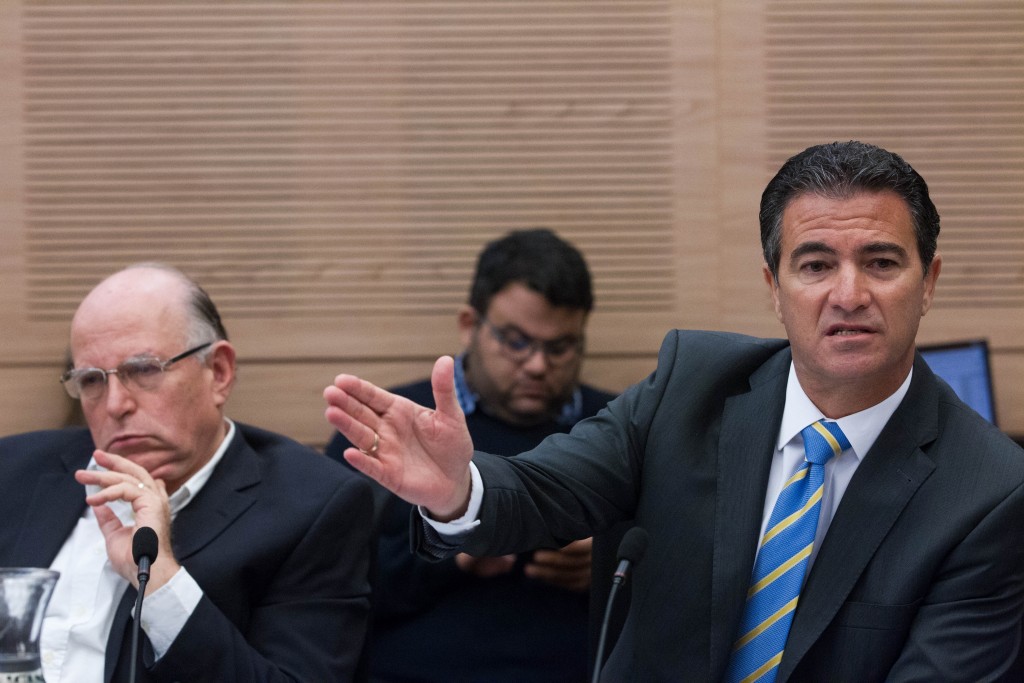 The vulnerabilities of Israel’s natural-gas windfall were fully exposed on Wednesday, as National Security Council head Yossi Cohen told the Knesset that “Hizbullah has the weapons to hit Israel’s gas rigs.”

“Our enemies’ weapons in this theater are good enough to hit any given platform,” he continued. “Our enemies in the region are multiplying, having been spurred on by Iran and Syria. Israel is already planning for this. We believe that the fact that we have only one gas pipeline and one entry to our sole facility does not give us the capability necessary to consolidate the necessary security.”

Cohen’s assessment, delivered at The Knesset Economics Committee as part of its ongoing examination of the gas sector, addressed economic vulnerabilities as well.

The government’s top security analyst addressed the Iranian threat, this time in terms of energy competition. Iran, he said, has made huge gas discoveries. “When the nuclear agreement with Iran is signed, it will become a very significant gas player. Countries that have avoided contact with Iran will fall over themselves now to get there.”

Therefore, Cohen argued on grounds of national security that invocation of Section 52 of the Restrictive Trade Practices Law, which would expedite the deal by overriding antitrust concerns with the companies developing the offshore Israeli gas fields, is fully justified. Until now, the government has hesitated to make the unprecedented use of Section 52.

According to Cohen, Israel must make sure to strengthen its bilateral relations with neighboring countries, “and the sooner the better.” He said that those countries, in addition to European countries, “are pursuing the gas reserves in Israel. The window of opportunity is now.”