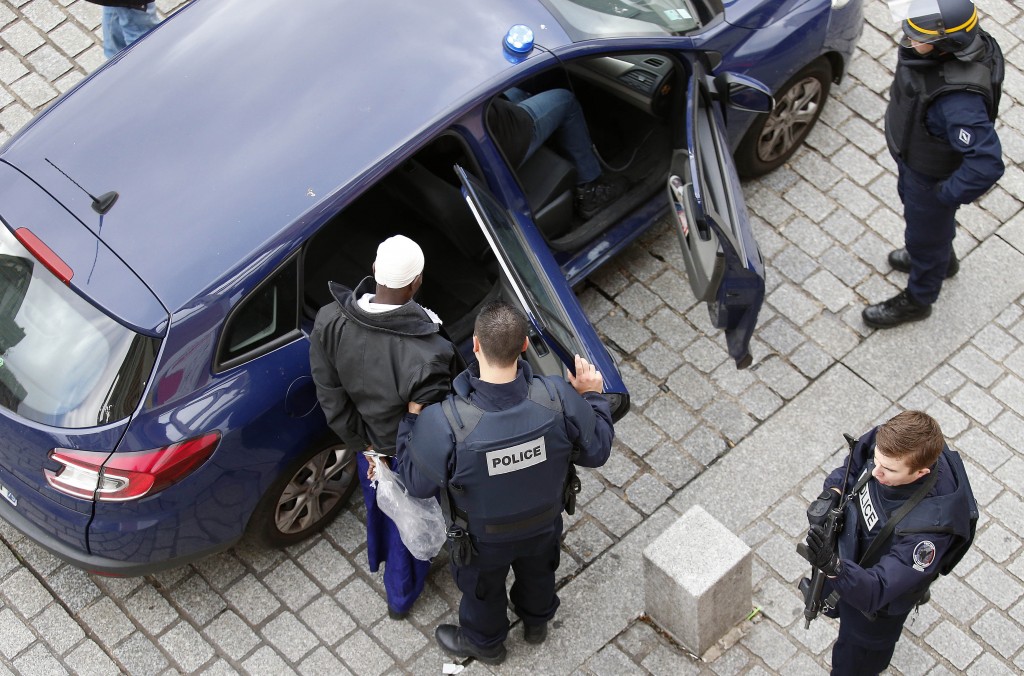 French police have arrested two people outside Paris — one of them for suspected links to the only man charged in connection with the Nov. 13 attacks in the capital, according to two officials close to the investigation.

The first arrest on Tuesday was of a 25-year-old man suspected of being an intermediary to Jawad Bendaoud, who already has been handed preliminary charges for providing housing to Abdelhamid Abaaoud, the suspected planner of the Paris terror attacks that killed 130 people.

The intermediary, whose name wasn’t disclosed, was arrested in his home in Malakoff, south of Paris by counterterrorism police, officials said. A few hours later, police went with the suspect to search another apartment in Saint-Denis, a northern Paris suburb, and arrested a woman who was there.

The officials, who requested anonymity to talk about the ongoing investigation, told The Associated Press that the woman, whose name also wasn’t revealed, is the partner of the intermediary. The man and his partner have been taken into custody west of Paris. Officials didn’t give details on whether the woman had links to Bendaoud or anyone else suspected of having involvement in the attacks.

The intermediary, who had been known by police only for contraband trafficking so far, was also in contact with Abaaoud’s cousin, Hasna Aitboulahcen.

Abaaoud, his female cousin and a third man were killed in a police raid on Nov. 18.