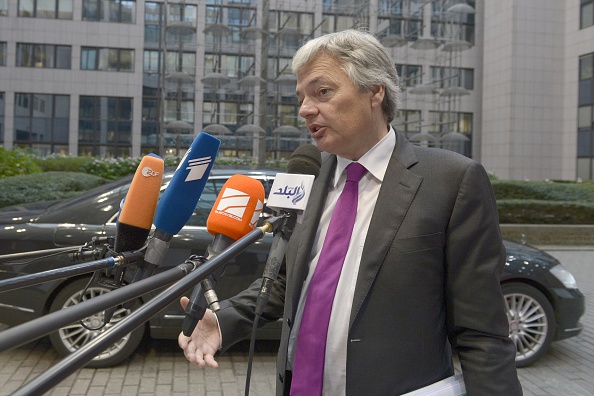 Belgian Foreign Minister Didier Reynders became the first European diplomatic casualty of Israel’s retaliation against the EU labeling of Israeli products, cancelling a visit to Yerushalayim on Wednesday after he learned that Prime Minister Binyamin Netanyahu refused to meet with him.

Reynders was the first European foreign minister to get such treatment since the EU announced its decision to label products from Yehudah and Shomron, the Golan and east Yerushalayim.

The Belgian foreign minister was behind a letter signed by 16 foreign ministers from the EU last April calling on its foreign policy chief Federica Mogherini to move ahead with the labeling guidelines, despite intense Israeli protestations.

The Israeli Foreign Ministry has decided to focus on the 16 signatory states, The Jerusalem Post reported.

Reynders was scheduled to be in Israel next Sunday, and had asked to meet with Netanyahu, who also currently holds the foreign minister’s portfolio.

The Foreign Ministry avoided attributing the cancellation to the dispute over labelling, however. It said in a statement: “Prime Minister and Foreign Minister Netanyahu did not cancel the meeting, because the meeting was never scheduled due to scheduling issues. Israel will continue to have broad ties with the countries in the European Union, while at the same time reevaluating the role played by the EU’s institutions with regards to the peace process with the Palestinians.”

Meanwhile, Israel received a vote of confidence from Germany, as the Bundestag president told a press conference that his country opposes the “unwise” European Commission decision to label Israeli products.

“We had a very interesting discussion on the product labeling decision that Germany opposed in the first place, but the EU still adopted,” Edelstein said. “In our conversation, the question of whether [the decision] was motivated by anti-Semitism or not came up, and we disagreed, and we also did not quite agree on whether [labeling] will have destructive results or somehow bring some good.”

Lammert said the labeling decision is “unnecessary and unwise, but it doesn’t come from anti-Semitism. We have to understand the situation in the occupied territories is complicated, because of international law.”

According to Lammert, “Germany not only didn’t agree to the decision, it rejected it.”

When asked whether the fact that the EU did not call for labeling of products from places like Tibet or Crimea or the Western Sahara is an indication of anti-Semitism, Lammert said he can “understand Israel’s anger.”

“Germany can imagine a better law, if it were to apply to everyone, on principle, to all occupied land,” he added. “Because it’s specifically against Israel, I repeat that it is unnecessary and not very smart.”