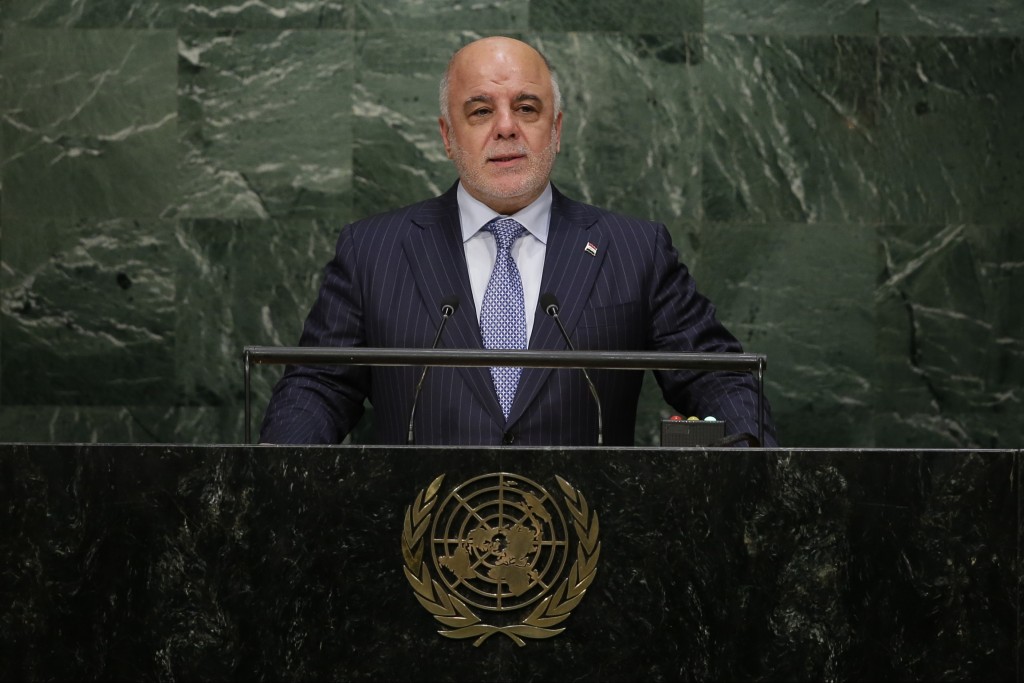 Iraq’s ruling alliance and powerful Shiite militias say Prime Minister Haider al-Abadi would be digging his own political grave and undermining the fight against Islamic State if he permits the deployment of a new U.S. special operations force in the country.

Washington said on Tuesday that it would send troops, expected to number around 200, to Iraq to conduct raids against the ultra-hardline Sunni Muslim terrorists who have seized swathes of the country’s north and west and neighboring Syria.

Hours later, Abadi said that any such deployment would require his government’s consent, comments that may have been made for public consumption at home.

U.S. Secretary of State John Kerry maintained on Wednesday that the Iraqi government had been fully briefed on the plans and said that the two governments would consult closely on operational details.

But Abadi’s political partners told Reuters that they would never accept an expanded role for U.S. troops and insisted that the premier would not dare act alone after parliament withdrew support for his domestic reform agenda last month over concerns that he did not consult widely enough before making important decisions.

“If Abadi makes a unilateral decision to approve the deployment of American special forces, we will question him in parliament. He is aware that a questioning could lead to a vote of no confidence,” said Mohammed Naji, a lawmaker from the Badr Organization and a local leader in the Hashid Shaabi, which groups Shiite militia and other fighters against Islamic State.

Abadi faced a major challenge in November from within his own Shiite ruling coalition when parliament voted unanimously to bar the government from passing important reforms without its approval.

The move, seen as an effort to curb Abadi amid discontent over his leadership style and the slow pace of reforms demanded by protesters, stirred speculation about an attempt to topple him, but such fears have subsided lately.

“The government is not allowed to authorize a deployment of American troops in Iraq even if it they are expeditionary or intelligence gathering forces,” said Hakim al-Zamili, a leading Shiite politician from the Sadrists, a movement founded by anti-American cleric Moqtada al-Sadr.

Ammar Tuma, leader of the Fadhila party in the Shi’ite alliance, backed that position, arguing that only parliament, not Abadi, has the authority to approve the presence of foreign combat forces.

Resistance to any expansion of the U.S. role in the country, no matter how limited or gradual, stems in part from absolute mistrust among Iraqis and their leaders of Washington’s intentions.

Naji said he feared that once deployed, U.S. special forces might eventually turn their attention to pursuing Hashid Shaabi commanders and key Shiite politicians, some of whom are on the U.S. terrorism watch list.