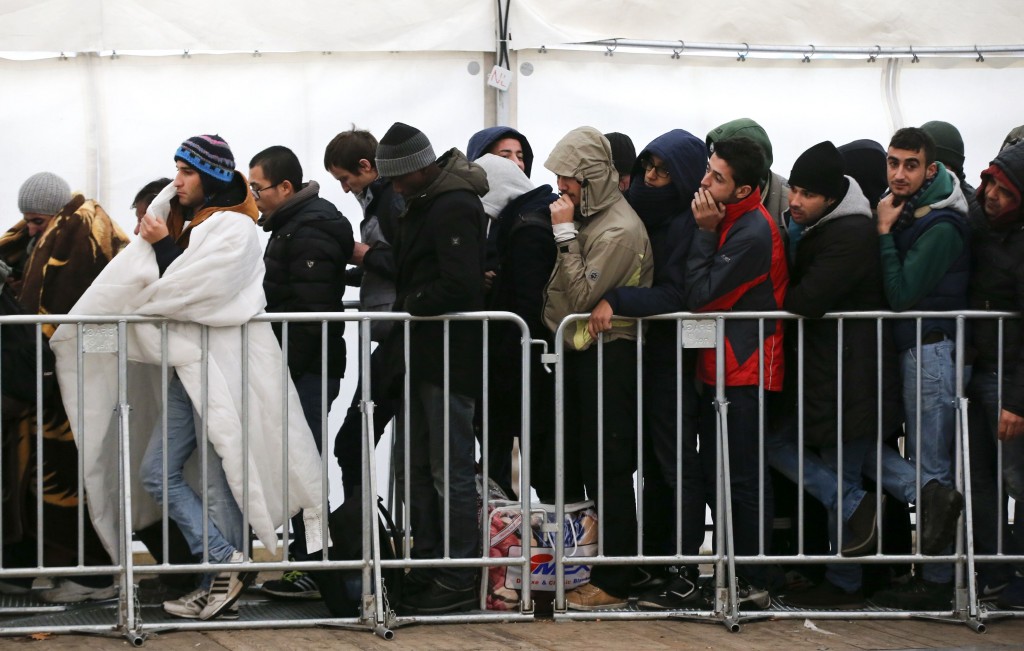 Prime Minister Viktor Orban, a staunch opponent of accepting refugees into the European Union, said Germany struck a “secret pact” with Turkey to take in as many as half a million people.

The initiative, which wasn’t part of a weekend agreement between Turkey and the EU on curbing the flow of refugees, may be announced by Germany within days, Orban told a forum of ethnic Hungarian leaders in Budapest on Wednesday. European Commission Vice President Frans Timmermans dismissed reports of a covert deal as “nonsense.”

“Beyond what we agreed with Turkey in Brussels there’s something that doesn’t figure in the agreement,” Orban said. “We’ll wake up one day — and I think this will be announced in Berlin as soon as this week — that we have to take in 400,000 to 500,000 refugees directly from Turkey.”

Facing the biggest influx of refugees since World War II and reeling from the terrorist attacks in Paris last month, the EU over the weekend agreed to relaunch Turkey’s bid for membership in the bloc and offered a package of 3 billion euros ($3.2 billion) to help finance refugee camps.

“France and Germany are working together to manage the flow of migrants, which is a challenge to everyone,” French government spokesman Stephane Le Foll told reporters in Paris on Wednesday. “Last weekend the union reached an agreement with Turkey,” and Orban should be aware of the details since he was there, Le Foll said.

A German government official, requesting anonymity because EU-Turkey talks are ongoing, said Orban’s claim that Germany made a secret deal is false.

European Commission President Jean-Claude Juncker met with the leaders of eight member states on the sidelines of the EU- Turkey summit in Brussels, spokeswoman Mina Andreeva told reporters on Nov. 30 without disclosing details of the meeting. The EU commission agreed to prepare a framework for a “voluntary scheme” by Dec. 15, she said.

While some leaders, such as German Chancellor Angela Merkel, have insisted Europe must honor its asylum commitments and want EU members to accept refugees according to binding quotas, others such as Orban reject immigration by Muslims and sealed off their borders with fences. Merkel also confirmed after the Brussels summit that she had met with seven other EU leaders to discuss a plan to settle refugees from Turkey.

The plan to take in refugees from Turkey directly was also raised at a summit of EU leaders in Malta last month and was shelved after it became clear that some countries including Hungary were prepared to use their veto power to block it, Orban said.

“There’ll be tremendous pressure on us” and on other central European countries “that if somebody already agreed to this — and to avoid causing a diplomatic tussle by naming the country I’m not going to say where Berlin is — that we shouldn’t just take them in but distribute them according to binding quotas,” Orban said. “This nasty surprise is still waiting for Europeans.”