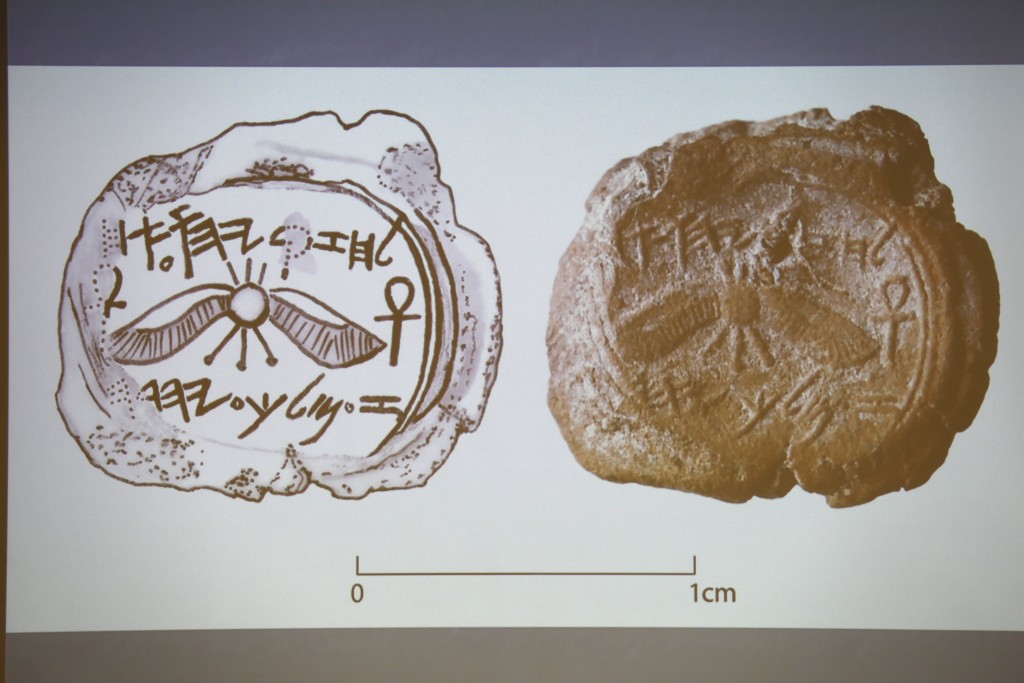 A rare and exciting find was unveiled on Wednesday morning: the seal of Chizkiyahu, the king of Yehudah. The seal was found in an archaeological dig near Har HaBayis in Yerushalayim. All the testing thus far has shown that this is an authentic find from the eighth century BCE, which is concurrent with the era of the reign of one of the most important kings in the history of Am Yisrael.

This is one of the few findings uncovered from the First Beis Hamikdash era. In the past, several seals were found that people tried to attribute to Chizkiyahu, but it was not clear whether they were indeed from the same era. This is the first time that all the archaeologists are convinced of the authenticity of the seal.

The clay imprint, known as a bulla, was found at a dig at the foot of the southern part of the wall that surrounds Yerushalayim’s Old City, an area rich in relics from the period of the First Beis Hamikdash.

It had been buried in a refuse dump dating back to the time of Chizkiyahu and had probably been tossed from an adjacent royal building, archeologist Ayelet Mazar, who heads the dig, said.

The seal is oval-shaped, about 12 to 13 millimeters in size and three millimeters thick. The words “Lechizkiyahu [ben] Achaz Melech Yehudah” are imprinted on it with the symbol of a winged sun and two symbols of life.

Mazar believes that the symbols on the back of the seal indicate that it was made toward the end of the king’s reign, because at the beginning of his rule he used a different symbol of a scarab with wings. The winged sun appeared at a later stage,  to emphasize the chasdei Shamayim he merited during his reign. The symbol of life that appears on the seal is, according to Mazar, connected to the king’s recovery from the boils he was afflicted with, around 704 BCE.