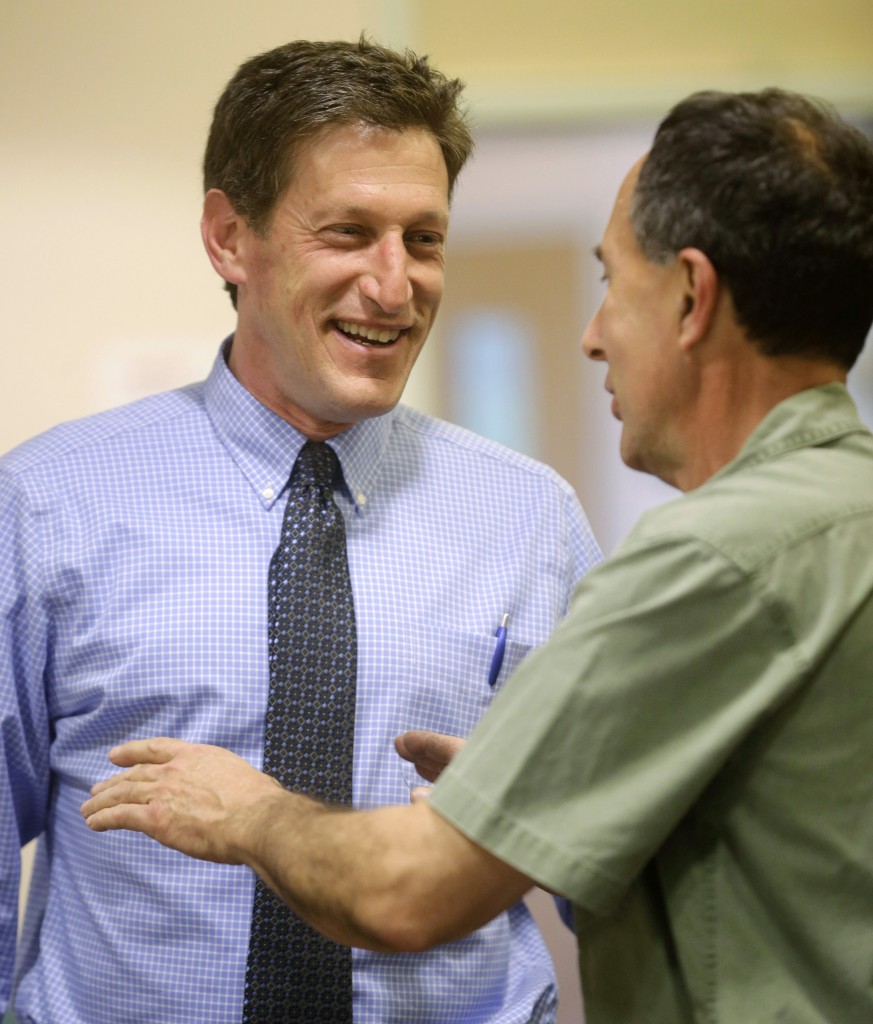 A physicist who spends his days lecturing about how to re-create conditions at the center of the sun has managed to alter conditions in the Legislature by upending a Republican incumbent political experts had expected to win.

Andrew Zwicker, who heads the science education department at the Princeton Plasma Physics Laboratory, will head to the Assembly as a Democratic member when the Legislature begins a new session in January.

Zwicker won a tight election to a seat that represents Princeton and parts of Hunterdon, Mercer, Middlesex and Somerset counties. His victory is part of an expanding Assembly Democratic majority, which is growing by four seats, to 52 out of 80, and will serve as a foil to Republican Gov. Chris Christie. The win, by an unofficial tally of 76 votes, surprised New Jersey political experts.

He’s the first physicist-legislator in New Jersey history dating back to 1920, according to the Legislative Manual, but it’s not the first time New Jersey has seen a physicist cross into the political realm.

Former Democratic Congressman Rush Holt, who hired Zwicker at the Princeton lab, represented Princeton in Congress from 1999 to 2014 before retiring. Holt served as a role model, Zwicker said in an interview. It was Holt who showed Zwicker that applying a scientist’s “evidence-based approach” was possible in politics.

“He was the trailblazer,” Zwicker said. “My primary message is that as a scientist I’m going to bring to Trenton the same thing I bring to the laboratory — that is an approach that is based on using evidence to make decisions.”

This is Zwicker’s first elected office but not the first time he has run. He lost a primary campaign against Bonnie Watson Coleman, who succeeded Holt in Congress, in 2014. Zwicker and Watson Coleman said they struck up a friendship while campaigning against each other. Watson Coleman said she helped Zwicker with campaign contributions and fundraising events.