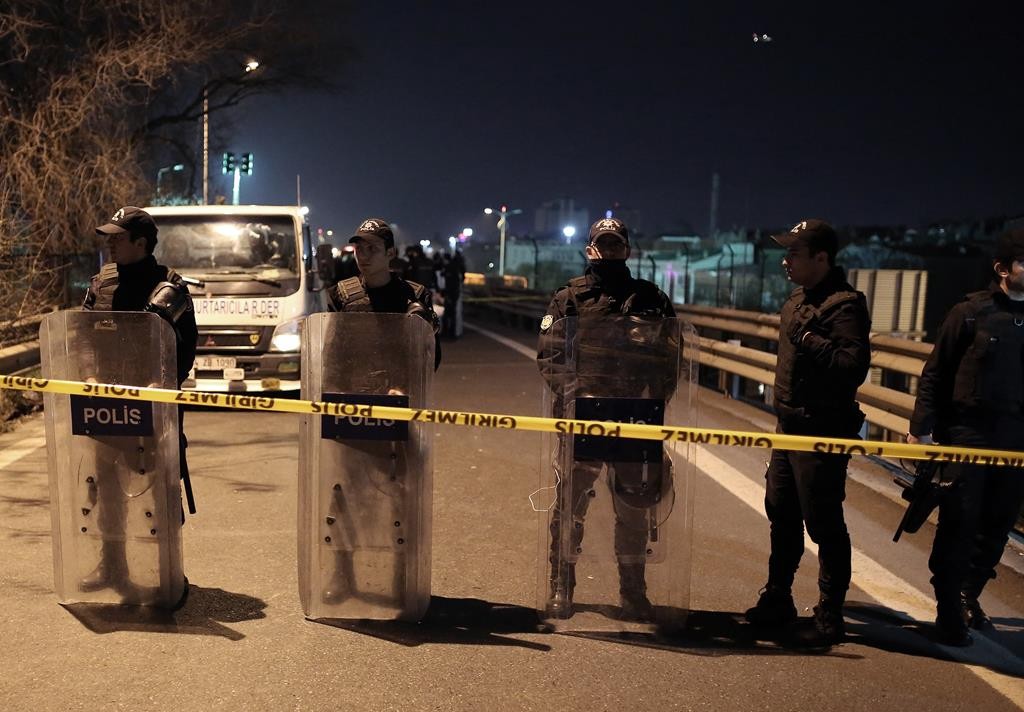 A pipe bomb left on a highway overpass near an Istanbul subway station exploded Tuesday, wounding five people, a local official said. The blast caused some panic in the city, which is on edge following a spate of deadly bombings in Turkey.

The bomb was left at the start of the evening rush hour near the Bayrampasa subway station on Istanbul’s European side, said Atilla Aydiner, the mayor for Istanbul’s Bayrampasa district, who said five people were hurt.

The private Dogan news agency said the explosion occurred seconds after a bus carrying police drove past, suggesting that police could have been the target of the attack.

Aydiner said a number of vehicles were damaged in the blast, including a bus and a car. Authorities deployed riot police with shields to secure the perimeter of the site in case of a second blast.

Kurdish rebels fighting Turkey for autonomy in the mainly Kurdish southeast of the country have carried out bombings in Istanbul in the past and frequently target Turkey’s security forces. Fighting between rebels belonging to the Kurdistan Workers’ Party, or PKK, and government forces flared up again in July, killing hundreds of people and derailing a fragile peace process with the Kurds.

Two suicide bombings blamed on local Islamic State terrorists killed a total of 130 people in attacks near the border with Syria in July, and in the capital, Ankara, in October.

A banned far-left group, the Revolutionary People’s Liberation Army-Front, or DHKP-C, is also active in Istanbul, and two members of the group opened fire at the U.S. Consulate in Istanbul in August.

Dogan obtained closed-circuit TV footage showing an explosion resembling a fireworks display in the dark, with sparks landing on the busy overpass. The agency’s footage also showed a white van on the overpass with large holes in its windshield.

Istanbul Gov. Vasip Sahin said the explosion caused panic because it occurred on a busy section of the road.

“We are thankful that there was no loss of life,” Sahin said.

Subway services at Bayrampasa and elsewhere were briefly disrupted following the explosion.