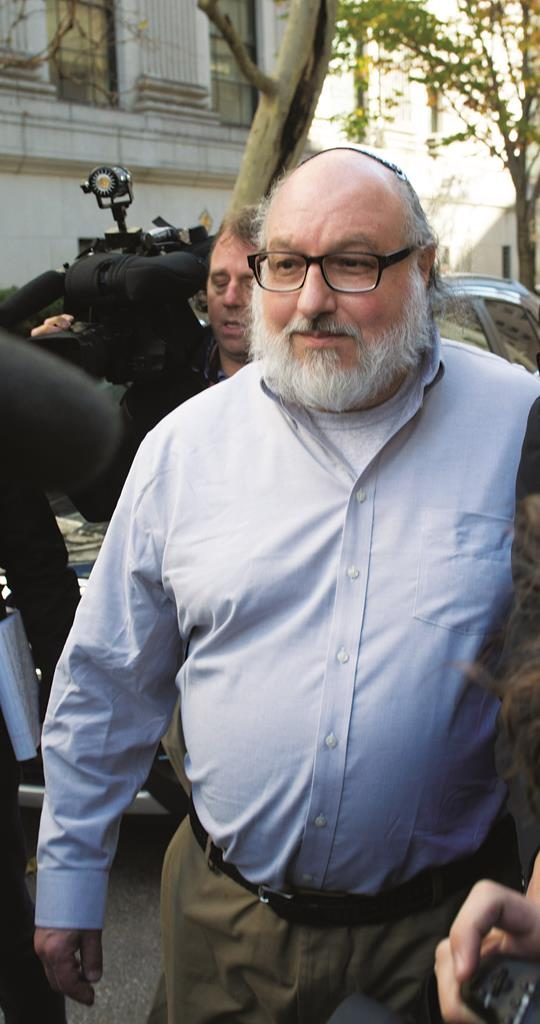 On Wednesday, December 9, the third day of Chanukah, a court hearing will be held on the legal challenge filed by attorneys for Jonathan Pollard seeking to vacate parole conditions that they say are illegal, unnecessary, and prevent him from properly observing Shabbos and getting a job.

The Honorable Katherine B. Forrest of the U.S. District Court, Southern District of New York, who was named to the court by President Obama in 2011, will hear oral arguments on the case at 9:30 a.m. in the courthouse at 500 Pearl Street in Manhattan.

According to affidavits filed by attorneys for Jonathan Pollard, the conditions of his parole, which include requiring him to wear a GPS monitoring bracelet 24 hours a day and placing him under house arrest from 7:00 p.m. to 7:00 a.m., “is guaranteed to deprive Mr. Pollard of his ability to observe the most basic tenets of his religion, Judaism.”

The GPS monitoring system consists of a non-removable transmitter which is installed on Pollard’s  wrist, and a receiver that is plugged into an outlet in his  residence. Whenever he moves outside the range of the receiver, the transmitter — which is three inches long and two inches wide — acts as a GPS tracker and monitors his location.

The transmitter — which Pollard must wear seven days a week — must be charged daily. When fully charged, it lasts for a minimum of 12 hours and up to a maximum of 20 hours; the battery drains faster while outside the range of the receiver. It takes about two hours to reach a full charge, and Mr. Pollard must sit in a stationary position for the entire time the device is recharging.

The court pleadings include an affidavit by Rabbi Pesach Lerner who explains that, according to Jewish law, one is prohibited from inserting an electrical plug into an outlet or removing one from an outlet on Shabbos.

He is also prohibited by halachhah from answering a phone on Shabbos, but is obligated under the conditions of parole to respond promptly to his probation officer’s phone calls monitoring his compliance.

In his affidavit, Rabbi Lerner also points out that in addition to Shabbos — which lasts a minimum of 25 hours — there are several two-day Yamim Tovim that last at least 49 hours, and if a Yom Tov falls out immediately prior to or after a Shabbos, there would be a 73-hour period when such activities would be prohibited.

“Lest anyone think the Sabbath is merely a collection of prohibitions, that is not the case at all. The Sabbath is a special day which, if properly observed, provides spiritual respite and growth.”

The affidavits filed by Jonathan Pollard’s pro bono attorneys, Jacques Semmelman and Eliot Lauer, are part of the court record and were obtained by Hamodia.

In a supplemental declaration made by Mr. Semmelman, after spelling out how the conditions interfere with Pollard’s ability to practice his religion, the lawyer relates that he asked one of the two U.S. Probation Officers who met with him and Pollard on Tuesday how many other GPS tracking cases he has dealt with as a U.S. Probation Officer.

“He said he has been a U.S. Probation Officer since 1992 and has handled ‘thousands’ of cases,” Semmelman said. “This is only his third case that involved GPS tracking. Of the other two cases, one involved organized crime; the other involved a release [of a man] who had violated the terms of his release and who was then required to wear a GPS tracking device.”

In a legal brief that details a number of challenges to the validity of the parole restrictions, including, as previously reported, a computer monitoring condition that makes it virtually impossible for Pollard to get a job, the attorneys point out that courts have generally upheld GPS tracking conditions only in cases involving parolees or releasees with a history of violating conditions of parole, or of posing a threat to others.

In contrast, Mr. Pollard is a non-violent, one-time white collar offender who pled guilty to passing classified information to an ally, Israel.

The attorneys also stress that Pollard is an Orthodox Jew who, through decades in prison, wore a Jewish skullcap in extremely hostile surroundings. In addition to the issue of recharging the GPS on Shabbos and Yamim Tovim, the fact that he is only permitted to be outside his modest studio apartment between the hours of 7:00 a.m. and 7:00 p.m. make it impossible for Pollard to go to shul on most Friday nights, or on the first night of Yom Tov. Nor will he be able to daven Maariv in shul throughout the week for much of the year.

“If the purpose of the curfew is to illegally prevent Mr. Pollard from exercising his freedom of religion, it accomplishes that,” the brief states.

A version of this article appeared in Thursday ‘s Hamodia daily edition.