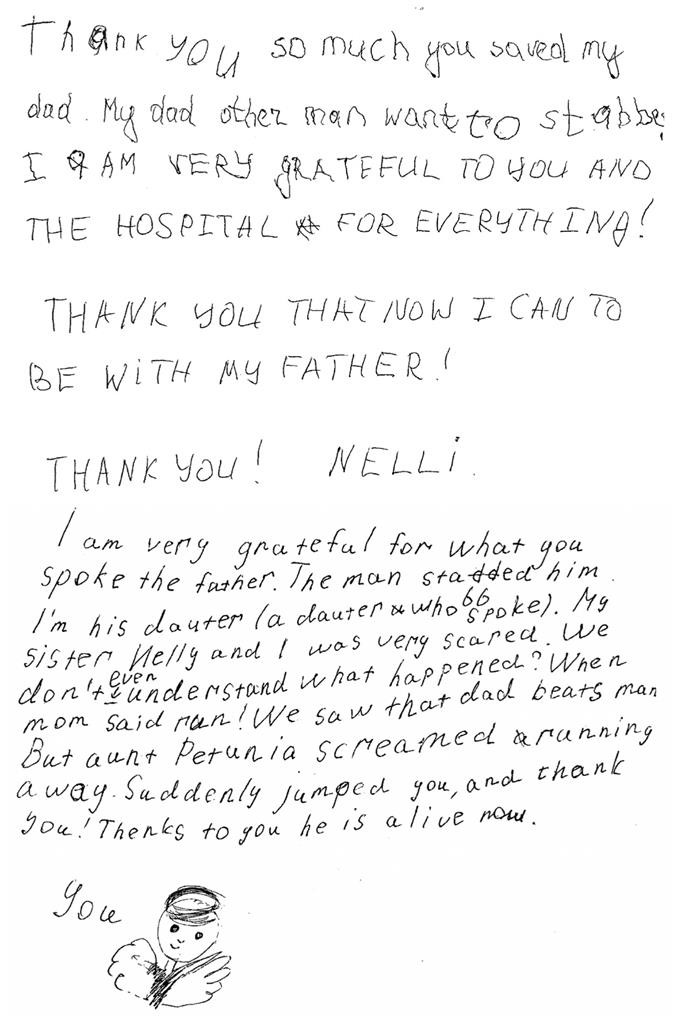 Nelli and Eva Makrich were enjoying a day of sightseeing on Nov. 18 with their parents along Hollywood Boulevard in Los Angeles, when a homeless man provoked a confrontation with their father, Michael. Things took an ugly turn when the man pulled out a knife and stabbed Makrich repeatedly.

Detectives Albert Ramos and Daniel Mulligan were in Los Angeles on official business when they subdued the man. The tourist suffered a neck wound and required surgery.

His children’s thank-you note includes drawings and profuse gratitude. “You saved my Dad … I am very grateful to you,” said Nelli in her hand-written note. Her sister, Eva, added, “Thanks to you, he is alive.”