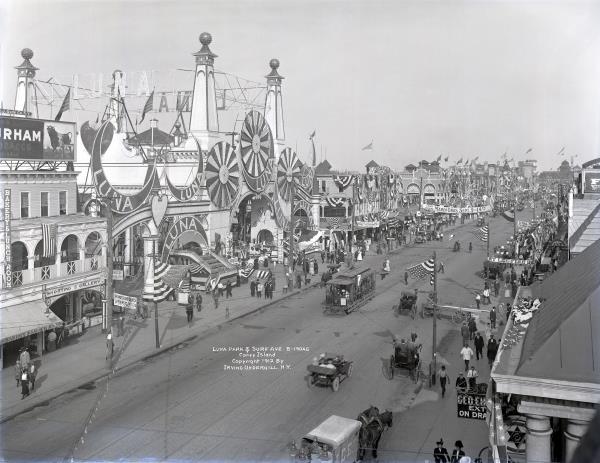 Hear the words Coney Island and Cyclone, Steeplechase and other rides immediately spring to mind.

The historic Brooklyn landmark with a long and storied history that dates to the Civil War is the subject of an exhibition at the Brooklyn Museum. “Coney Island: Visions of an American Dreamland, 1861–2008” runs through March 13, 2016.

The exhibition chronicles the rise and decline of what was once the largest amusement park in the United States.

The story is told through 140 objects, including posters, amusement park artifacts and film clips.

It also features photographs and paintings by impressionist and modern artists.