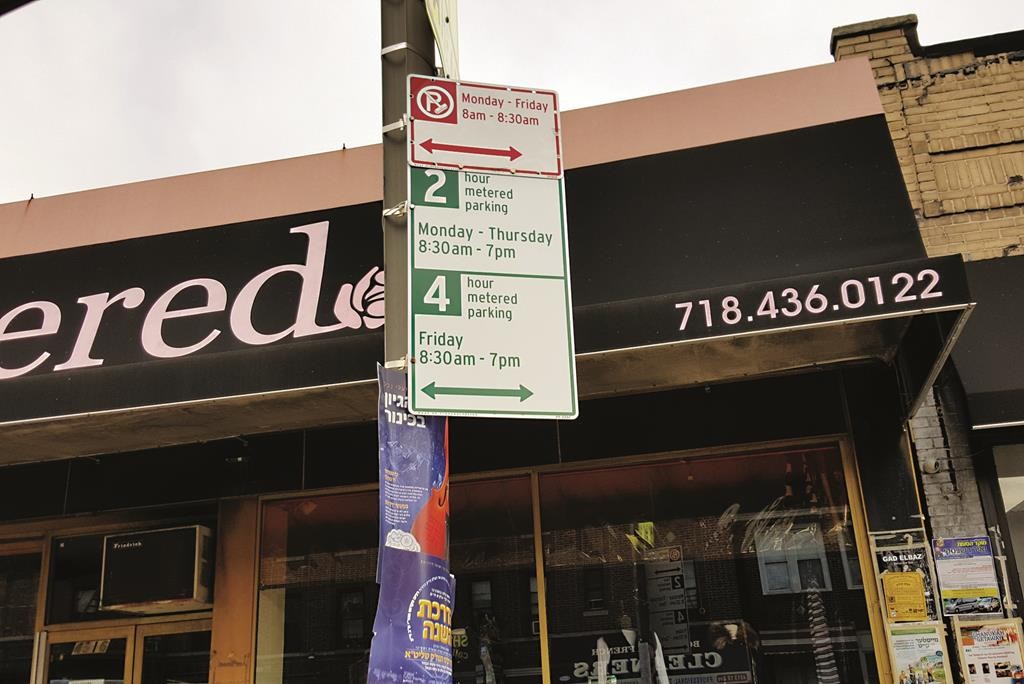 Starting from this Friday, some Boro Parkers seeking to park their cars on early Erev Shabbos afternoons will be able to feed the meter four hours ahead, alleviating a persistent complaint among residents of targeted ticketing and meter rules on empty boulevards.

Signs went up along 13th and 18th avenues on Saturday. The new rules were announced by the New York City department of transportation several weeks ago, following a years-old pilot program on 16th Ave.

For some winter weeks, when Shabbos begins as early as 4:10 p.m., feeding the meters the maximum of two hours ahead of time still does not encompass the 7:00 p.m. time when the regulations end.

The rules change was prompted by a Hamodia article in 2011 drawing attention to the problem. Councilman David Greenfield negotiated the modification with the city’s transportation commissioner. He says he is seeking to expand the program to major streets in Midwood as well.

In interviews with Hamodia several weeks ago, some residents said that the city should cancel all parking regulations on Friday afternoons since there is little traffic in the neighborhood anyhow.