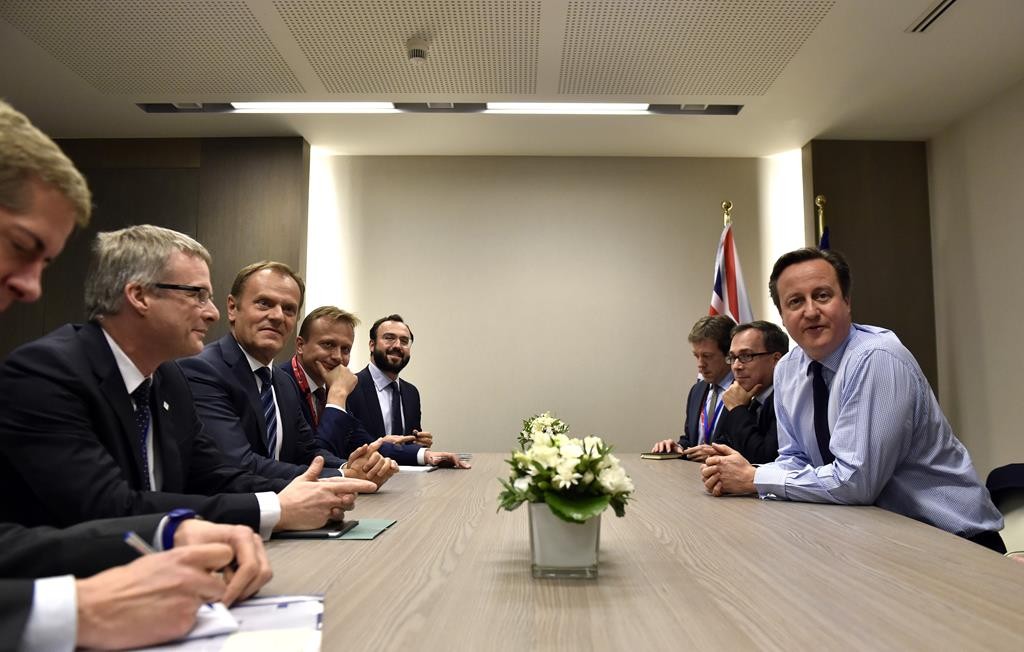 EU government chiefs are meeting with Turkish Prime Minister Ahmet Davutoglu in Brussels on Sunday to present a united front and implore Turkey to help deal with the fallout from violence in Syria as well as turmoil in the rest of the Middle East. In return for Turkey bolstering its border controls, Europe is dangling rewards that could bring the nation closer to the EU than it’s been for almost a decade.

“Our main goal is to stem the flow of migrants to Europe,” EU President Donald Tusk said as he entered the summit. “Approximately 1.5 million people have illegally entered the EU in 2015. Most have come through Turkey,” he said later in opening remarks at the session.

Shaken by the biggest influx of refugees since World War II and reeling from the Islamic State terrorist attacks in Paris earlier this month, the EU has turned to its southern neighbor for assistance in solving issues that have opened divisions across the bloc and raised questions about the sustainability of its border-free travel area.

The deepening chaos in nations from Libya to Syria has spawned an unprecedented wave of people seeking shelter within the EU this year, most of them through Turkey. While some leaders, such as German Chancellor Angela Merkel, have insisted Europe must honor its asylum commitments, others such as Hungary’s Viktor Orban complained of the strain on their economies and communities.

EU leaders will use the summit to underline their commitment to giving Turkey a package of 3 billion euros ($3.2 billion) to help it deal with the estimated 2.2 million Syrian refugees on its territory as well as to offer to consider lifting visa requirements for Turkish visitors to the EU’s borderless Schengen zone as early as next year.

EU-Turkey cooperation is vital and the Turkish government needs more help, Merkel said before the meeting.

Establishing unity among the EU’s leaders may be just as difficult as winning cooperation from Turkey, with several European nations opposing contributing to the aid package.

“No blank check for Turkey,” Belgian Prime Minister Charles Michel told reporters before the start of the meeting. “No Belgian money for Turkey as long as we are not sure that the engagements are concrete and have been well carried out.”