Israel Behind the Downing of a Russian Plane
Israel 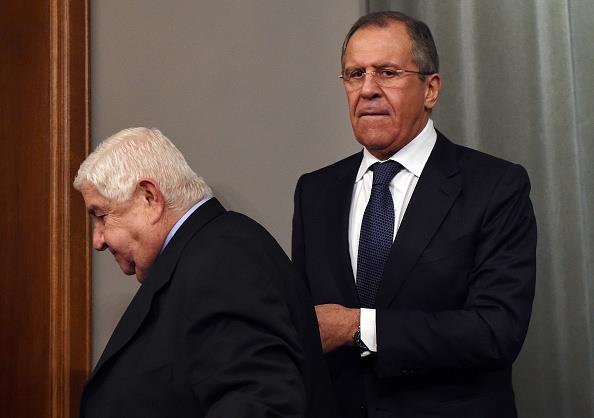 No need for alarm. A world war will not break out over the downing of a single Russian plane.

No one on either side wants war. Neither the Russians — whose main objective now is propping up the Assad regime in Syria — nor the Americans and Europeans, who are making progress in their war with Islamic State.

The Turks are somewhere in the middle. They wanted to teach the Russians a lesson, who sought to establish a presence in a region of keen interest to Turkey; but they wanted to go only so far, not that far.

In Israel, it is assumed that the incident will only encourage the Russians to expand their involvement in the region in general, and in Syria in particular.

Some say that the downing of the Russian plane is part of a war within a war. The war between the Russians and the Turkmen tribes, who are essentially Turkish living adjacent to the Syrian border. Ankara provides all possible support to the Turkmen. They help the Turks, and now the Russians have begun to give the Turkmen trouble — and that is where the plane went down.

Is there a connection? In the Middle East, everything is connected to everything else.

Without connection to anything else, though, the air routes in this part of the Mideast are among the most crowded in the entire world.

It is an aerial as well as an overland crossroads between East and West, North and South. Whoever arrives in the region learns very quickly how easy it is to collide in the air. It is crowded with missile systems, radar, artillery, ground to air traffic, air to ground traffic of thousands of warplanes, with and without pilots.

Enter the Russian air force, bringing the best of its pilots into a new war zone, whose boundaries are not so clear, even to the Russian pilots themselves.

We are not talking about an air force that is assigned to provide escort or support to ground forces. At least not at this stage. Nor are they flying in to carry out surgical strikes and then return to their permanent bases.

Rather, they are on a global political mission, if it is possible to call it that, of the leader of a power who believes that his country has been forced onto the sidelines, and who seeks to demonstrate through military means that his country is very much on the map and will stay there.

Anyone who thinks Russian President Vladimir Putin sent his planes just to support his Syrian counterpart Bashar Assad is mistaken. It is a much broader mission, aimed at showing that Russia has relinquished nothing of its long-sought influence in the Mideast. Furthermore, that to the extent that it appears the Americans are disengaging, the Russians feel that this is their opportunity to fill the vacuum.

The Russians have, over the past nearly 50 years, built up a major base in Syria. Pro-Russian Damascus has allowed Moscow to establish huge ports for its navy, usable even during the winter, the realization of a longterm goal of Russian foreign policy. They have invested billions in the construction of those bases, and have no intention of letting anyone dispossess them of such valuable properties.

Russian ambitions do not end with Syria, however. They seek influence over Iraq, Egypt, Libya, and more. Syria is but a platform for the projection of Russian power over a greater and greater expanse.

Precisely whom the current Russian aerial attacks are directed against is unclear. Official reports say they are tirelessly targeting Islamic State. But if the reports were to be taken at face value, they would have already liquidated the Islamic State — which hasn’t happened.

This leads to the inference that they are attacking somebody else. Chiefly, the forces trying to topple Assad. But those rebel forces know how to hide. They operate mainly in mountainous areas, which are difficult to reach by aerial bombardment, sleeping in caves, and the Russian attacks aren’t achieving their objectives. It is possible that more civilians than combatants are killed and wounded by the Russian attacks.

In the midst of these frustrations, the Russians have only stepped up their attacks, sending out planes in all conditions, all weather, and sometimes they stray off course, and that is what happened last week.

Had the Russian pilot penetrated more deeply into Turkish airspace, had there been more time for communication and clarification of his mission (presumably not anti-Turkish), the plane might not have been shot down. But the Turks waited only seconds — 17, to be exact — before scrambling fighter jets to meet the intruder. There was little time to think before the order was given to shoot him down.

The American-made F-16’s that the Turkish air force deploys as a consequence of its partnership with NATO are accurate and effective, and the Russian pilot had little chance against them.

The incident occurred at a time when to Putin it seemed that after the Paris attacks the world understood there was nothing more to expect from President Barack Obama, and that he, Putin, would step into the lead. He wanted to show his determination to fight the terrorists. But then what happened with the plane happened, and the world turned to look at Russia, but not the way he had hoped.

The Russians wanted to show that they are not hesitant in backing their allies; they will go through fire and water for them. “It’s worth it to go with us, it pays,” is the message Putin wanted to get across to everyone. And not, it should also be understood, “not to go with Obama, the hesitant, who at the critical moment disappears.”

Russia is furious. It immediately attacked a Turkish military convoy on Syrian territory, hitting 20 trucks, that went up in flames. Seven Turks were killed and dozens wounded.

The Russian foreign minister Sergei Lavrov warned of grave consequences. But the reality is that the Russians will have to swallow their anger. They don’t want war with Turkey. The most they can do is to tell their tourists not to go to Turkey. Not much more than that.

Nevertheless, within just a few hours, Russian planes returned to the same area and carried out a heavy attack on the Turkmen tribes. Dozens of civilians were killed and wounded. At the same time, Syrian artillery fired on Turkmen homes in the same area where the Russian plane had been brought down by Turkey.

The tension between Russia and Turkey will continue to worsen. Meanwhile, the Americans and Europeans, all of whom are NATO allies of Turkey, pray that the developments on the Turkish-Syrian border don’t lead to more serious confrontations between Syria and Russia, which could draw them more deeply into the conflict.

Nevertheless, the danger of a larger war breaking out is small. Both the Russians and the Turks have, since the incident, taken some measures to restore mutual trust. Public apologies have yet to come, but from comments that have come out of Ankara it is possible to discern that Turkish President Erdogan is very angry at his pilots, who failed to exercise a bit more caution before pulling the trigger.