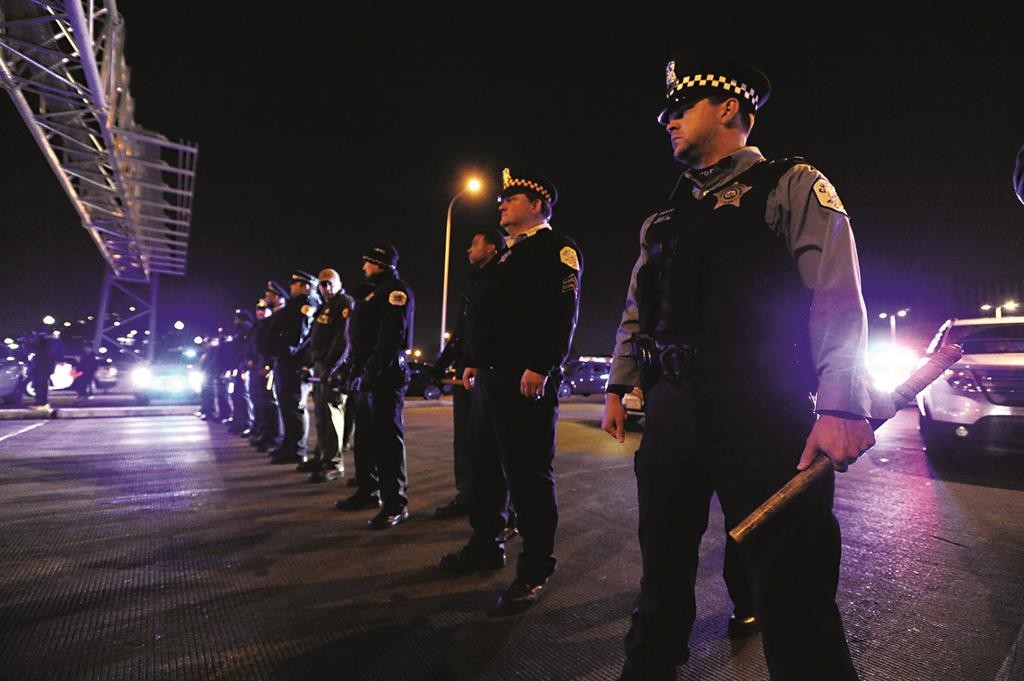 Small groups of demonstrators gathered again Wednesday to protest the death of a black teen shot by a white police officer, and they urged supporters to join them in trying to shut down Chicago’s famous Michigan Avenue shopping district during Friday’s holiday shopping bonanza.

The group held banners showing photos of other black people fatally shot by police in Chicago and elsewhere. “You cannot kill our children and expect us to be quiet any longer,” protester Quovadis Green said. “It is unacceptable.”

Clinton, who made the comments Wednesday in an emailed statement, added that police officers across the country are doing their duty honorably “without resorting to unnecessary force.”

For months, city officials and community leaders had feared that the release of the dash-cam video could provoke the kind of turmoil that occurred in cities such as Baltimore and Ferguson, Missouri, after young black men were slain by police or died in police custody.

The relevant portion of the footage runs for less than 40 seconds and has no audio.

Police have said the teen had a knife. Cook County State’s Attorney Anita Alvarez said Tuesday that a 3-inch knife with its blade folded into the handle was recovered from the scene.

The protests that began Tuesday evening and extended into Wednesday morning were largely peaceful, and there was no damage to private property, police said.