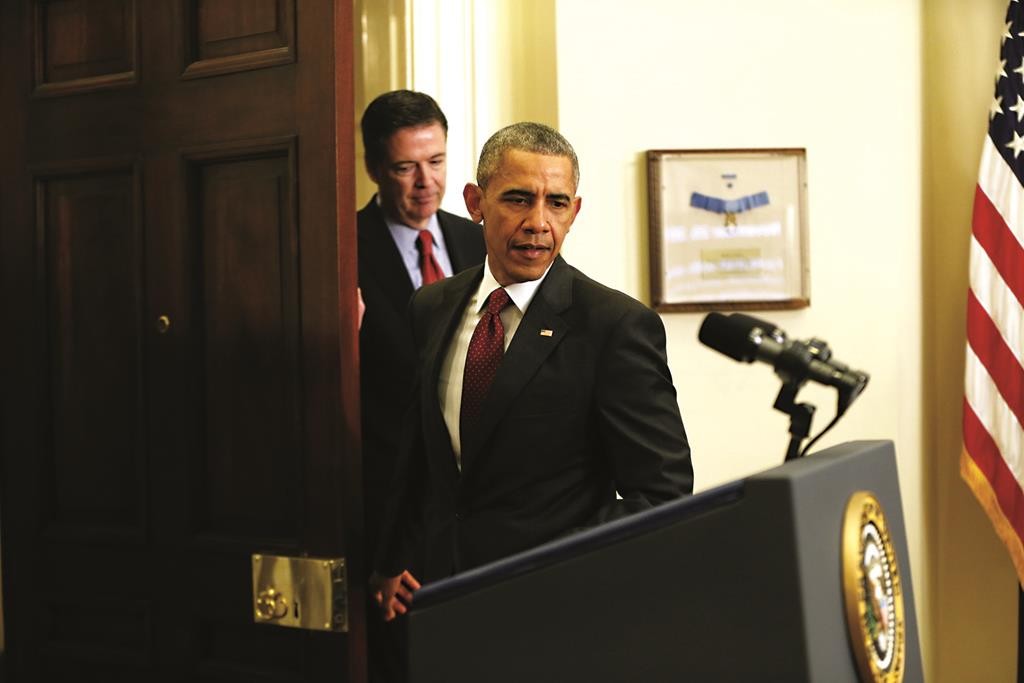 President Barack Obama said Wednesday that national security officials see no evidence of a Thanksgiving terrorist attack in the United States, and he urged Americans to proceed with their legal holiday travel and revelry.

Less than two weeks after the terrorist attacks in Paris left 130 dead, Obama said it is “understandable” for Americans to worry that a similar attack could be in the works here.

But Obama, who spoke after being briefed by senior national security officials in the White House Situation Room, said there is “no specific and credible” information about the threat of “an attack on the homeland” over the weekend.

Should the threat picture worsen, “the public will be informed,” Obama said

“We are taking every possible step to keep our homeland safe,” the president said. That includes, “going after ISIL wherever it hides,” he said, using one of several acronyms for the Islamic State, which claimed credit for the Paris attacks.

The commander in chief pointed to the 8,000 strikes U.S. and other coalition aircraft have carried out on Islamic State targets as an example of taking the fight to the violent terrorist group. He also said the coalition has driven the Islamic State from territory it held in Iraq and Syria and killed some of its top leaders.

Obama, whose critics say his reaction to the France attacks has been too measured and lacking bold pronouncements, said a major aim of the U.S.-led coalition is “adjusting our tactics, where necessary, until they are beaten.”

He also said U.S. officials have taken steps to prevent would-be terrorists from entering America or other countries.