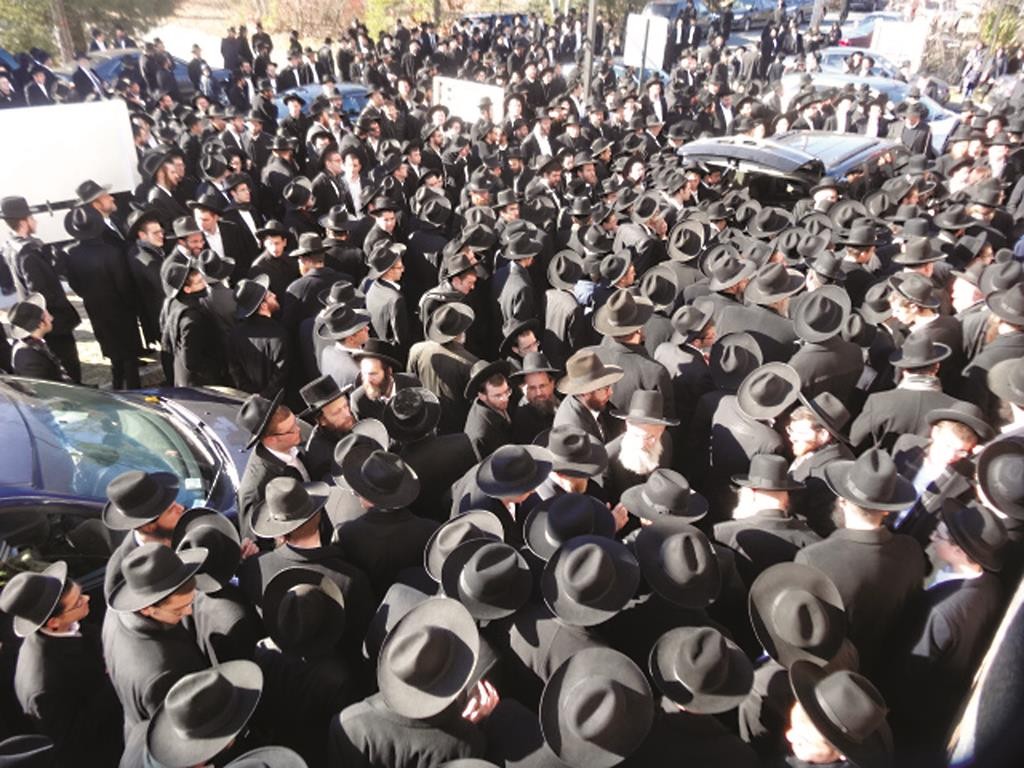 The Torah world of America bid a mournful farewell to one of its matriarchs with the petirah of Rebbetzin Sarah Schustal, a”h. She was the widow of the venerated gaon, Harav Simcha Schustal, zt”l, Rosh Yeshivas Bais Binyomin, Stamford, and mother to many major marbitzei Torah of our generation. The Rebbetzin was remembered for her selfless dedication to others and her mesirus nefesh for Torah.

The Rebbetzin was born in 1925 in the Austrian town of Matersdorf, where her father, the well-known gadol of Hungarian rabbanus, Harav Shmuel Ehrenfeld, zt”l, served as Rav. Her mother, Rebbetzin Rochel, a”h, was also a member of the Ehrenfeld family, who are direct descendants of the Chasam Sofer and Rav Akiva Eiger, zecher tzaddikim levrachah. In addition to his position as leader of the kehillah, the Mattersdorfer Rav established a yeshivah adjacent to the family’s home. For young Sarah, it was the beginning of a chinuch where she saw that daily life revolved completely around Torah.

Following the Nazi takeover of Austria in 1938, the family’s prominence put it in immediate danger. Through great nissim, they managed to obtain exit visas and flee to America. The Ehrenfelds settled on Manhattan’s Lower East Side, where the Mattersdorfer Rav almost immediately set out to establish what would become the famous Yeshivas Chasan Sofer.

In 1946, the Rebbetzin married Harav Eliyahu Simcha Schustal, one of the most brilliant members of an elite group of bnei Torah in the recently formed Beis Medrash Elyon in Monsey. He would eventually serve as its Rosh Kollel for many years. Reb Simcha would become one of the major leaders of the Torah world, renowned for his depth in Torah and avodah alike.

With her marriage to Reb Simcha, the Rebbetzin became one of America’s first “kollel wives.” The choice was not an easy one. Aside from the abject poverty in which the family lived, Monsey was then a far cry from the center of frum life that it is today. Living in the tiny circle that had formed around Beis Medrash Elyon not only meant doing without the normal conveniences of life in an established Jewish community, but in those days it also meant being largely cut off from her family back in New York. Despite these challenges, the Rebbetzin dedicated herself fully to Reb Simcha, deriving the greatest pleasure from enabling him to climb ever higher in his avodas hakodesh.

“Until the shver [Reb Simcha] was niftar we didn’t know that she had a de’ah of her own at all, but after his petirah, we saw her tremendous wisdom and understanding,” said a son-in-law, Harav Yerachmiel Ungarischer, Rosh Yeshivah of Nachlas Yisrael. “As long as she was alive, we still had a direct connection to the shver as well, as she was the ultimate aishes chaver k’chaver. Now we have lost that, too.”

The Rebbetzin’s self-sacrifice was hardly limited to her own husband or growing family. The Schustals’ small and simple home was a bastion of chessed for Jews of all sorts. As nearly none of the small cadre of kollel families had relatives nearby, the Rebbetzin often played the role of surrogate mother and sister to many who needed help making simchos, preparing for Yamim Tovim, and the like. She cared for countless down-and-out individuals, lifting their hearts and easing their burdens with words of understanding and encouragement and doing what she could to look after their physical needs.

“Her whole sense of self was to do for others. It wasn’t a mesirus nefesh; that was her very essence and that is the yerushah that she leaves,” said the nifteres’ son Harav Dovid Schustal, shlita, Rosh Yeshivas Bais Medrash Govoha of Lakewood, in his hesped.

In 1976, Reb Simcha became Rosh Yeshivah of Yeshivas Bais Binyomin in Stamford, Connecticut. Once again, the Rebbetzin moved to another midbar for the cause of harbotzas haTorah. Not long after their move, the yeshivah found itself in a serious financial crisis. Despite her reserved nature, the Rebbetzin threw herself into the task of raising a large portion of the funds necessary to keep the makom Torah functioning. Its survival and success is, to a large extent, to her credit.

“She had yishuv hadaas and simchah even in the most difficult of times,” said her son Harav Shlomo Feival Schustal, Rosh Yeshivas Na’os Yaakov, at the levayah. “Even in the hardest of circumstances, she always said and felt that she had a sheina leiben, a good life filled with chassadim.”

The levayah began at Yeshivas Nachlas Yisrael in Lakewood, which is headed by Harav Yerachmiel Ungarischer. From there it proceeded to Stamford, where additional hespedim were delivered in Yeshivas Bais Binyomin before continuing to Eretz Yisrael for kevurah on Har Hazeisim.