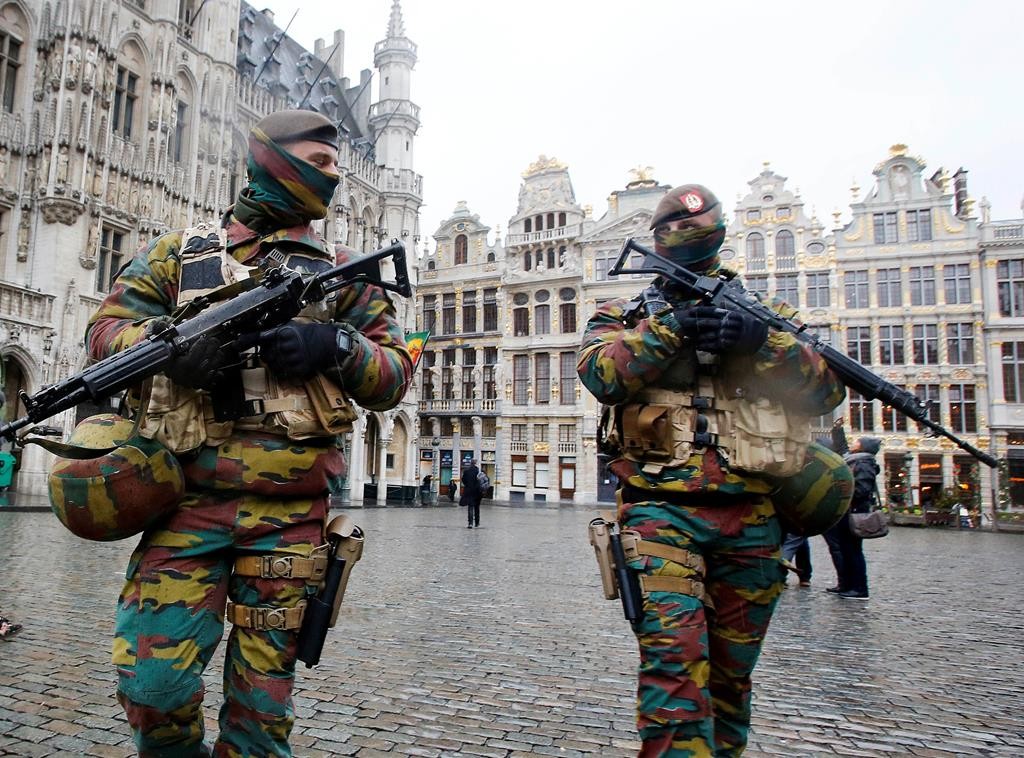 The man believed to have planned the Nov. 13 Paris attacks that killed 130 people and wounded hundreds more had likely planned to carry out another suicide bombing days later in the French capital’s business district, the Paris prosecutor said Tuesday.

Abdelhamid Abaaoud and an accomplice are believed to have been planning to attack La Defense on Nov. 18 or 19, Paris prosecutor Francois Molins said.

Abaaoud was among three people killed during a police raid on an apartment in a northern Paris suburb in the early hours of Nov. 18. His female cousin, Hasna Ait Boulahcen, died of asphyxia apparently from the explosive vest detonated by a third person, who hasn’t been identified, the prosecutor said. The explosion led to part of the apartment collapsing.

Molins said the unidentified third person is believed to have been the accomplice with whom Abaaoud would have carried out an attack on La Defense, the high-rise district that is headquarters to major companies on the western edge of Paris.

The prosecutor said he “can’t be, and doesn’t want to be more precise” on the details suggesting such an attack had been planned. Information obtained on Nov. 19 suggested “that the two attackers — Abaaoud and the man we found by his side in the apartment — were planning an attack consisting of blowing themselves up at La Defense either on Wednesday the 18th or Thursday the 19th,” Molins said.

“The geolocalization of Abdelhamid Abaaoud’s alleged phone between 22:28 p.m. and 12:28 a.m. confirms a presence in the 12th, 11th, and 10th districts, and notably near the Bataclan concert hall,” Molins said. “This allows us to think that Abdelhamid Abaaoud returns to the crime scenes following the attacks on terraces of the cafes and restaurants of the 10th and 11th districts while (special police) were still taking action at the Bataclan.”

On Tuesday, a judge also handed down terrorism-related charges to Jawad Bendaoud, the only person so far in France known to be facing such charges directly linked to the Nov. 13 attacks. He was charged with criminal association and detention of incendiary or explosive substances linked to a terrorist enterprise.

Bendaoud acknowledged in a media interview giving shelter to two people from Belgium in his home in Saint-Denis but said he didn’t know who they were. The prosecutor differed and said his suspected links with the attackers were being investigated.

The attack has been traced to a network of people with ties to both France and Belgium, where Abaaoud was from. Belgian authorities charged a fifth suspect Tuesday with terror-related offenses relating to the Paris attack, while the federal prosecutor’s office issued an international arrest warrant for Mohamed Abrini, who is being tracked by both Belgian and French police. Abrini, who has been described as “armed and dangerous,” was seen with Salah Abdeslam — another top fugitive suspect in the attacks who crossed into Belgium the day after the killings — at a gasoline station in Ressons on the highway to Paris two days before the attacks.

The Belgian capital has remained on the highest level of alert since the weekend for fear of a “serious and imminent threat,” with shops, schools and subways shut. Schools are expected to reopen Wednesday, along with parts of the subway system, although the alert level will remain.

French Interior Minister Bernard Cazeneuve told lawmakers on Tuesday that 124 people have been handed preliminary charges since a state of emergency was imposed hours after the attacks, following more than 1,230 searches in which 230 weapons were recovered.

A street cleaner in a Paris suburb found an explosive vest Monday near the place where Abdeslam’s cellphone was found, raising the possibility that he aborted his mission, either ditching a malfunctioning vest or fleeing in fear.

Authorities said the device was found in the southern Paris suburb of Montrouge.