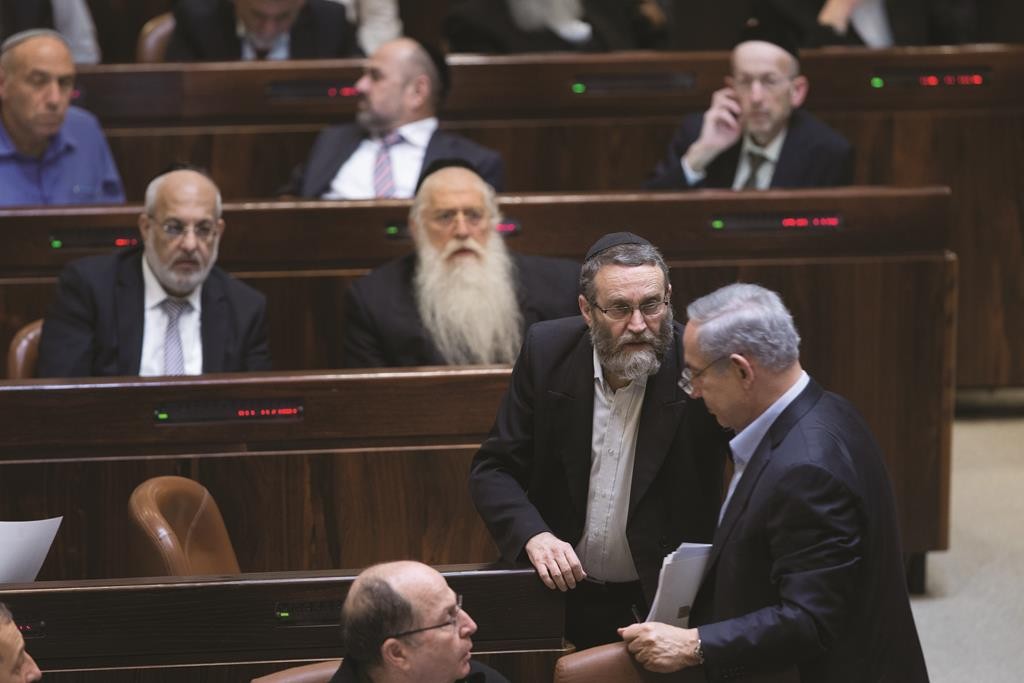 After a stormy Knesset session during which the law requiring yeshivah students to serve in the army or face criminal prosecution was effectively revoked, opposition groups led by Yesh Atid turned to the High Court on Tuesday to overturn the decision.

The Knesset passed by a vote of 49 to 36 to implement a key provision of the coalition agreement signed by the Likud with the chareidi parties after last year’s elections, which calls for cancellation of the law that had undone the decades-long status quo of the state’s recognition of the right of an individual to pursue Torah studies undisturbed.

That provision of the law is similar to the one that was on the books until 2013, when the previous government implemented changes that required all yeshivah students to register for service under penalty of criminal sanctions, with deferments limited to a total of 1,800 students. While sanctions have not been struck from the books, the criminal aspect has been taken out, and the imposition of any sanctions will be delayed — from 2018 until at least 2023, providing a longer window for the IDF to ready itself to integrate service for the chareidi community, according to authors of the law. The defense minister will have the option to extend that period as well, further delaying imposition of any sanctions.

The government hopes that this aspect of the law will ensure that it is not struck down by the High Court, which has ruled that any measure that provides for indefinite deferrals is a violation of Israel’s Basic Laws.

In 2023, the coalition will either have to extend the law or let it expire.

However, the Yesh Atid party, which was the driving force behind passage of the law last year to conscript chareidim, along with the Union of Israeli Students, filed a petition to the High Court to declare the amended law unconstitutional. They were expected to argue that it does not meet the standard of equality under the law, since it grants exemptions to a certain group. They will also likely criticize the lack of specificity regarding the criteria by which the defense minister will apply the law.

Prime Minister Binyamin Netanyahu imposed party discipline to make sure the full weight of the coalition would be on hand for passage, and one MK, Yoav Kisch, was punished for absenting himself from the vote.

Kisch, a former activist for drafting chareidim, responded by saying that he had anticipated being penalized, and that he accepts it. He was suspended from his membership on the Knesset Foreign Affairs and Defense Committee until further notice by coalition chairman MK Tzahi Hanegbi, who is also chairman of the committee.