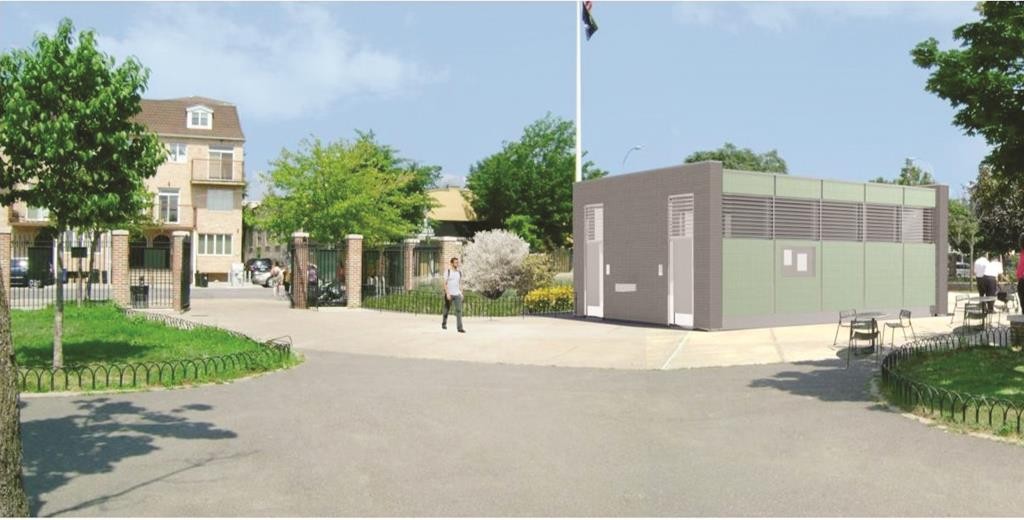 The rebuilding comes as part of the third phrase of remodeling the park on 18th Avenue and 56th Street. Greenfield secured $1.3 million for the comfort station, while former Brooklyn Borough President Marty Markowitz secured $500,000 to pay for the $1.8 million project.

The park, known as the Gravesend Park for the official name of the neighborhood, received its first upgrade several years ago by then-Councilman Simcha Felder. Greenfield undertook phase two and three, to be completed in April of next year.

“Despite its name,” Greenfield said, “Boro Park has the most children and least amount of parks. That’s why I’m proud to have secured over $28 million to renovate and add equipment to every single park in my district.”