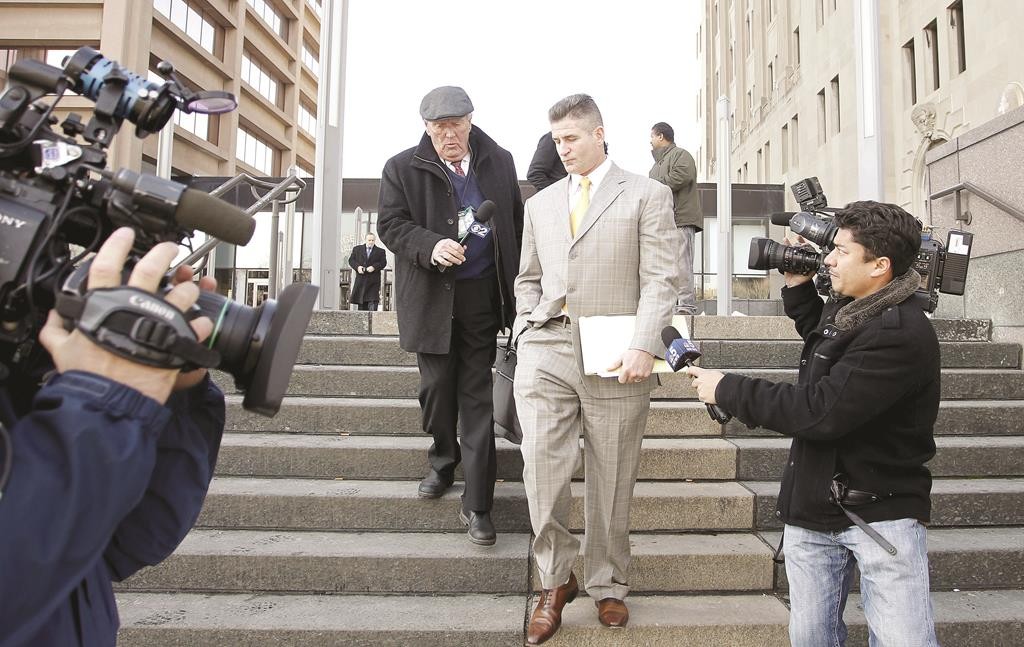 A white Chicago police officer who shot a black teenager 16 times was charged with first-degree murder Tuesday, a day before the deadline a judge set for the city to release a squad-car video of the killing that officials fear will spark unrest.

A judge denied Officer Jason Van Dyke bond at a noon hearing. About an hour later, Cook County State’s Attorney Anita Alvarez held a news conference where she defended the amount of time it took to charge the officer in the Oct. 20, 2014, killing of 17-year-old Laquan McDonald.

City officials and community leaders have been bracing for the release of the video, fearing an outbreak of unrest and demonstrations similar to those that occurred in cities including Baltimore and Ferguson, Missouri, after young black men were slain by police or died in police custody. The judge who ordered the dash-cam recording to be released said it must be put out by Wednesday after city officials had argued for months it couldn’t be made public until the conclusion of several investigations.

Alvarez said Tuesday that cases involving police officers present “highly complex” legal issues and she would rather take the time to get it right than “rush to judgment.” She said the impending release of the video prompted her to move up the announcement of the charge out of concern the footage would spark violence.

“It is graphic. It is violent. It is chilling,” she said of the video. “I have absolutely no doubt that this video will tear at the hearts of all Chicagoans.”

But she insisted that she made a decision “weeks ago” to charge the officer and the video’s ordered release did not influence that.

Some community leaders said there was no doubt that Alvarez only brought charges because of the order to release the video.

“This is a panicky reaction to an institutional crisis within the criminal justice system,” said the Rev. Jesse Jackson, who said he hoped to see “massive” but peaceful demonstrations.

The city’s hurried attempts to defuse tensions also included a community meeting, official statements of outrage at the officer’s conduct and an abrupt announcement Monday night that another officer who’s been the subject of protests for months might now be fired.

Activists and journalists have long pressed for the video’s release only to be told that it had to be kept private as long as the shooting was under investigation. After the judge’s order to release it, the investigation was quickly wrapped up and a charge announced.

“You had this tape for a year and you are only talking to us now because you need our help keeping things calm,” the Rev. Corey Brooks said of Monday night’s community gathering with Mayor Rahm Emanuel.

Chicago police also moved late Monday to discipline a second officer who had shot and killed an unarmed black woman in 2012 in another incident causing tensions between the department and minority communities.