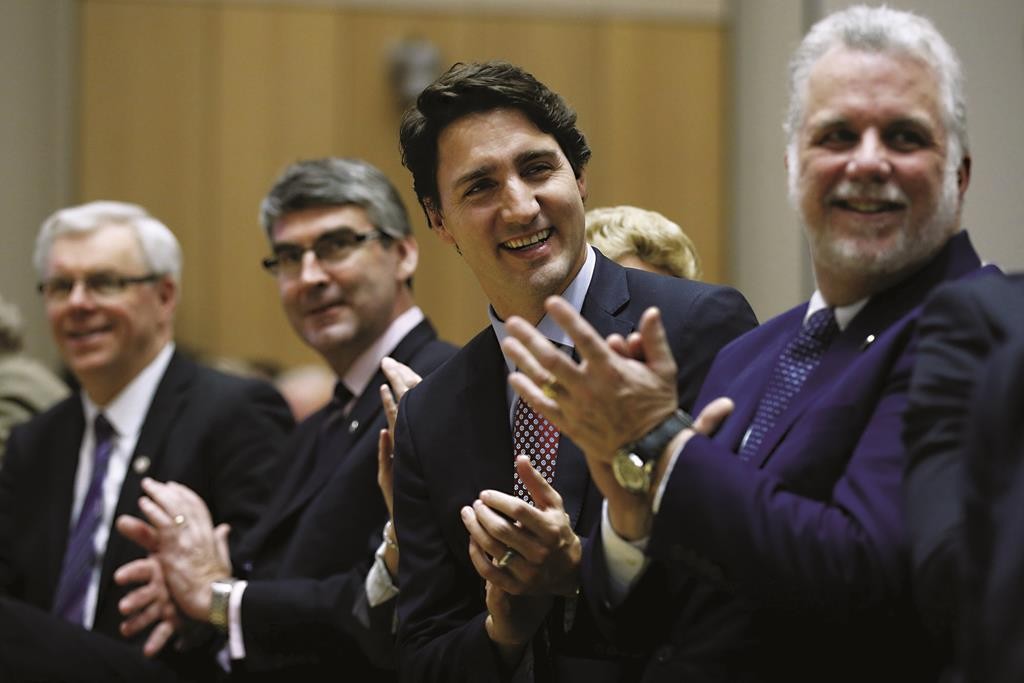 Canada’s new Liberal government said Tuesday it will resettle 10,000 Syrian refugees by the end of the year and another 15,000 by the end of February.

Prime Minister Justin Trudeau had wanted to resettle 25,000 refugees in Canada by Dec. 31 but faced some pushback following the deadly attacks in Paris. Immigration and Refugee Minister John McCallum said they wanted to get it done fast but also do it right, so they are taking a little bit more time to process and resettle the refugees.

The government said health and security screening will take place overseas and once that’s complete, refugees will be flown to Toronto and Montreal, largely on chartered aircraft. Military aircraft will assist if needed.

“We will welcome them with a smile,” McCallum said. “This is a wonderful humanitarian gesture by all     Canadians.”

Tuesday’s announcement could raise alarm in the U.S., where many Republican governors have said they don’t want any Syrian refugees.

The U.S. plans to take 10,000 over the next year. Germany saw 758,000 refugees and other migrants arrive between January and October. Sweden is expecting around 200,000 this year.

Canada will be working closely with the United Nations Refugee Agency, which will be contacting some refugees by text message to ask if they want to come to Canada. Syrian refugees in Jordan, Lebanon, and Turkey are being targeted.

McCallum said they will choose the most vulnerable, whatever their religion might be. “We want to make sure there is no discrimination,” Heritage Minister Melanie Joly said.

Canada’s commitment reflects the change in government after last month’s election. Former Conservative Canadian Prime Minister Stephen Harper, who lost the Oct. 19 election to Trudeau, had declined to resettle more Syrian refugees, despite the haunting image of a drowned 3-year-old Syrian boy washed up on a Turkish beach. The boy had relatives in Canada and the refugee crisis became a major campaign issue.