Business AUTO REVIEW: Lincoln Piles on the Luxury With Its 2016 MKX
Business 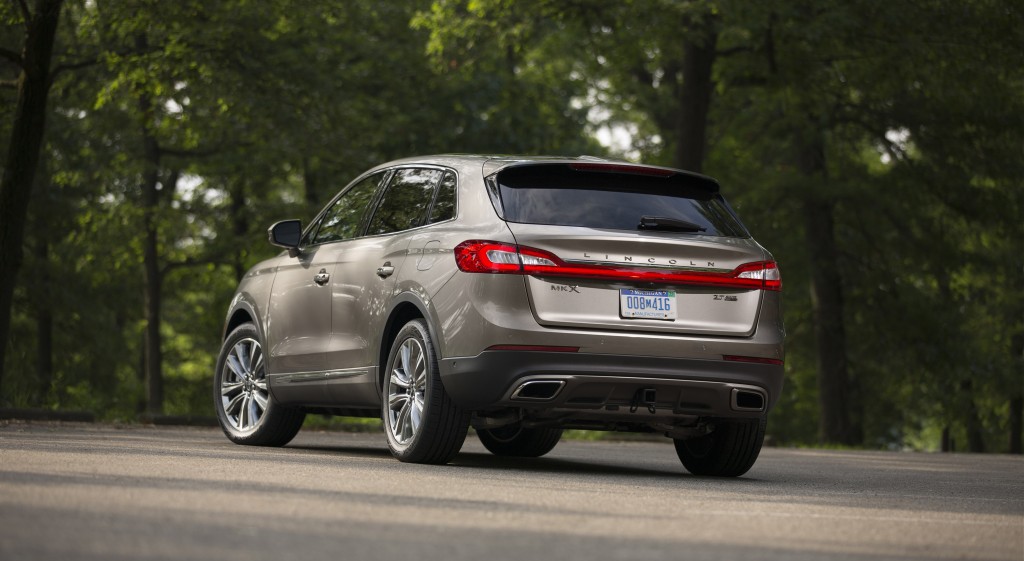 The crossover segment is hot and the competition is fierce.

Lincoln’s 2016 MKX will be vying for buyers against a whole batch of “X” sport-utility vehicles: the BMW X5, Acura MDX, Cadillac SRX and segment leader Lexus RX. Complicating things for Lincoln, Lexus is coming out with a brand-new version of that SUV, a fourth generation of its top-selling vehicle.

To score, Lincoln will have to attract two kinds of buyers. First, it will need to appeal to the loyal Lincoln customer who wants to move up in size — and price — from an MKC or MKZ, or down from a full-size Navigator. But it’ll also need “conquest” sales, luring customers away from the other automakers.

To do that, the company is slathering on the luxury.

Some of it is real. The front row of this two-row, five-seat SUV seems devoted to comfort. The dash and instrument panel are all soft, swooping lines. The soft, wide seats are adjustable in 22 ways — Lincoln says that’s a new high for this class of vehicle — and are also heated and cooled. And they’ll give you a massage.

But some of it is marketing. The MKX is available in themes called “Modern Heritage,” “Indulgence,” “Thoroughbred” and “The Muse,” and in Premiere, Select, Reserve and Black Label trims. The one I drove was a Black Label Muse, and though there was no Johnnie Walker in the electronically operated glove compartment, it was very, very comfortable.

The driving experience is one of silence — that most valuable of luxuries. The MKX is equipped with an active sound-dampening system. Microphones in the headliner pick up unwanted or intrusive noises in the cabin, and the system programs sound waves to cancel them. On the freeway, there’s almost no engine noise, tire noise or wind noise. Just the quiet whir of the air conditioning.

The MKX produces its own light show, too. The headlamps glimmer to life when the key fob is activated, and a vision of the Lincoln logo is beamed onto the ground beside the driver and passenger doors. The door panels light up with the Lincoln name as the side mirrors twinkle and glide into position. Even the cup holders are illuminated.

Lincoln says it wants want this car to be a “sanctuary, a place to think creatively.” The MKX cabin, southbound on the 101 during rush hour, is indeed as quiet as a cabin in the woods.

I wrote two sonnets and a short story, just while driving to work. But the noise-dampening works almost too well. During my first outing in the MKX, I was almost run over by a fire truck and ambulance convoy whose sirens I didn’t hear until it was almost too late.

I wasn’t enjoying a massage at the time, but I was encased in the Revel Ultima sound system — a best-in-class audio package that includes 19 cabin speakers.

The MKX — priced right in the middle of the somewhat crowded and confusing MK series of MKC, MKZ, MKS and MKT — starts at $38,000, but it goes up fast, and far. The version I drove goes out the door at almost $70,000.

That’s not just inflation. Lincoln representatives said previous buyers of the MKX, which was introduced as a model-year 2007 vehicle, have consistently demanded more options and more luxury.

“We had a lot of buyers who said, ‘I would have ordered more stuff, but you didn’t have it,’” said Lincoln’s MKX marketing manager, Carey White. “There’s a lot of upside in this segment, but we formerly didn’t have product.”

The result is a lot of car, for a lot of dough. Lincoln may need to push the plush to compete with its rivals, but it may price itself out of the running. Though “Lincoln” was once synonymous with luxury — and may be once again, with the re-launching of the Lincoln Continental — today it is more likely to imply “Expensive Ford.”

Sales of the MKX have wavered for the last four years. They’re down precipitously this year, according to research by the online car seller TrueCar, and represent only 4.4 percent of the premium midsize crossover market.

But Lexus, Cadillac and Acura combine to control more than 40 percent of that market, which is large and getting larger. Just carving out an additional 5 percent of sales from folks who would otherwise buy an RX, SRX or MDX would double Lincoln’s piece of the pie.