Technology Apple CarPlay: Can It Get You to the Taqueria?
Health, Science & Technology 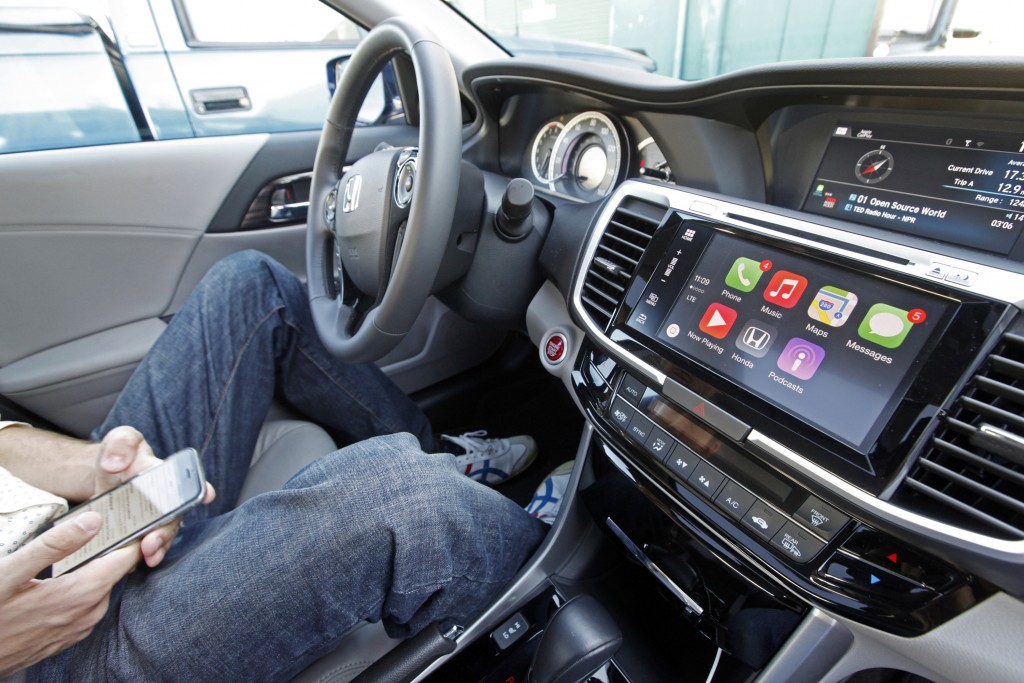 “Take me to the nearest taqueria.”

This is not a command I would normally impose on a Honda Accord, but I was steering a brand-new 2016 model possessed by Apple’s virtual assistant, Siri.

Honda’s family sedan is one of a growing number of cars that can be outfitted with Apple CarPlay or rival Google’s Android Auto, smart infotainment systems that transform automobiles into internet-connected mobile devices.

For now, CarPlay is a promising but imperfect novelty, stripped of distracting apps — as it should be — but still a few steps short of being truly intuitive.

But Siri sounded confused. Taqueria is what I had said. “Ten Korea,” the computer voice responded.

I was about to call it a lost cause, a failure of my elocution or her “natural language user interface,” until suddenly a list of nearby taquerias appeared on the car’s touchscreen dashboard. Apple Maps — the system won’t let you use Google Maps, just as Android Auto won’t let you use Apple Maps — would be my guide.

All the tacos this part of Hayward had to offer, without the risks of illegally fumbling on my iPhone in an intersection. We all know, and have probably witnessed, the dangers of glancing down at a phone to check email, texts or maps while driving. And yet so many of us do it — more than a third of smartphone owners use their phones while driving, and more than half of younger adult drivers have come to expect access to internet data while in their cars, according to a McKinsey & Company survey.

That is why I was so eager to try the hands-free experience of CarPlay or Android Auto, which allow you to plug your phone into the car, dictate and listen to text messages and voice-activate some of your apps.

I wondered if CarPlay could show me the best taqueria, or at least the best restaurant? Sure, said Siri, pulling Yelp ratings — without letting me read the patron reviews, of course — to recommend a nearby dim sum establishment called Tin’s Teapot Bistro.

I played podcasts. I asked it more questions.

“The weather’s looking good today,” said the car, reciting the sunny temperatures outside and warning of a “mixed bag tomorrow.”

Okay, but what if I want to hear about the stock market?

“Sorry Matt, I can’t do that while you’re in the car.”

What about the latest news? Nope, the driver would have to switch on AM or FM radio for that.

So what can you do, Siri?

“You can ask me to get directions, find businesses, make phone calls, play music or check phone calls or emails,” the car said. “I can show you lots more when you’re not driving.”

Indeed, both Apple and Google have stripped down the offerings of their mobile operating systems to create simplified, supposedly distraction-free dashboard systems.

“The car systems are focused just on tasks that are relevant within the car, so there are fewer possible distractions,” said Michael Green of the AAA Foundation for Traffic Safety.

But a study released last month by AAA’s research division found that many voice-activated dashboards that major automakers embed in their cars were also dangerously distracting — some performing worse than if a driver simply talked into a smartphone sitting in the cup holder. The best performing in-car system was in the Chevy Equinox, and the one with the most cognitive distraction was the Mazda 6.

The most intuitive systems worked the best, and those with voice-detection errors and slow response to commands were the most distracting, Green said.

“The best way to improve these products is better engineering, making them easier to use with less time on task and making them more accurate,” he said.

AAA hasn’t yet studied CarPlay or Android Auto because they are still not widely used. But as the brand-new system migrates from premium cars such as the Ferrari FF to everyday models such as the Honda Accord, Green said AAA “hopes to study those systems in the future.”

The AAA Foundation for Traffic Safety hasn’t yet studied how Apple CarPlay or Google’s Android Auto work in vehicles, but it has studied many of the voice-activated dashboard systems already embedded in newer-model cars. And here is how it rated the level of mental distraction in each system when using voice commands to make calls or change music, with a higher number reflecting more distraction, in a study published last month:

*To compare with the in-car systems, the study also looked at distractions caused when using voice commands on a smartphone with virtual assistants Apple Siri, Google Now or Microsoft Cortana.