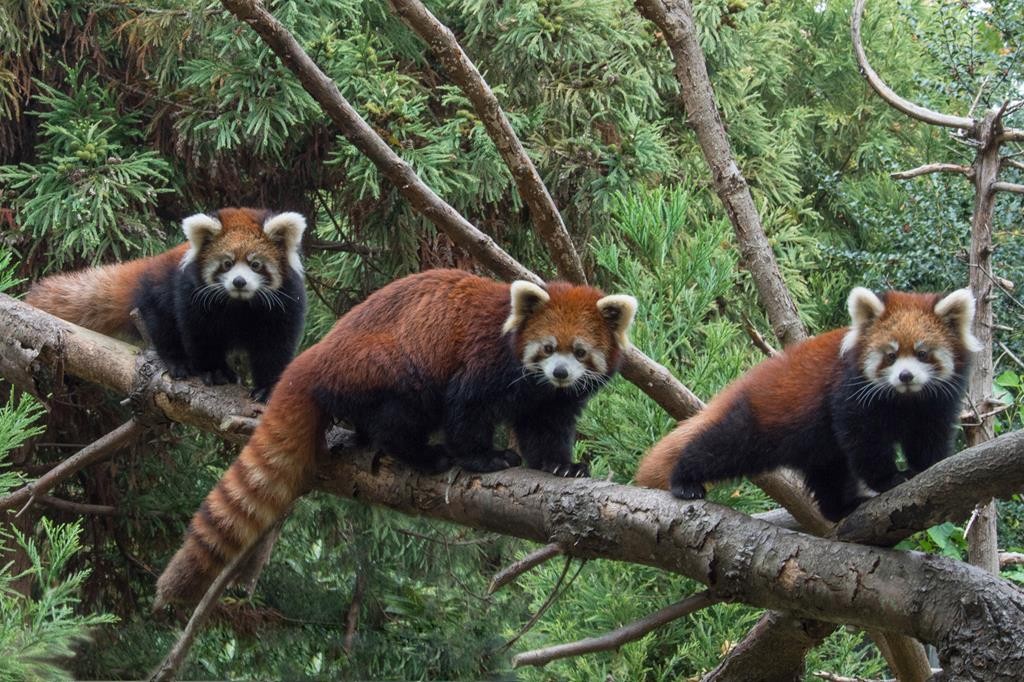 Two baby red pandas made their debut over the weekend at the Prospect Park Zoo in Brooklyn.

The male and female pandas were born at the zoo on July 1 and do not yet have names. They originate from a region in the Himalayas.

Red pandas, which look similar to raccoons, have a reddish-brown coat and a long furry tail. Unlike giant pandas, red pandas are not members of the bear family. Officials say their population is declining and they are considered vulnerable in the wild.