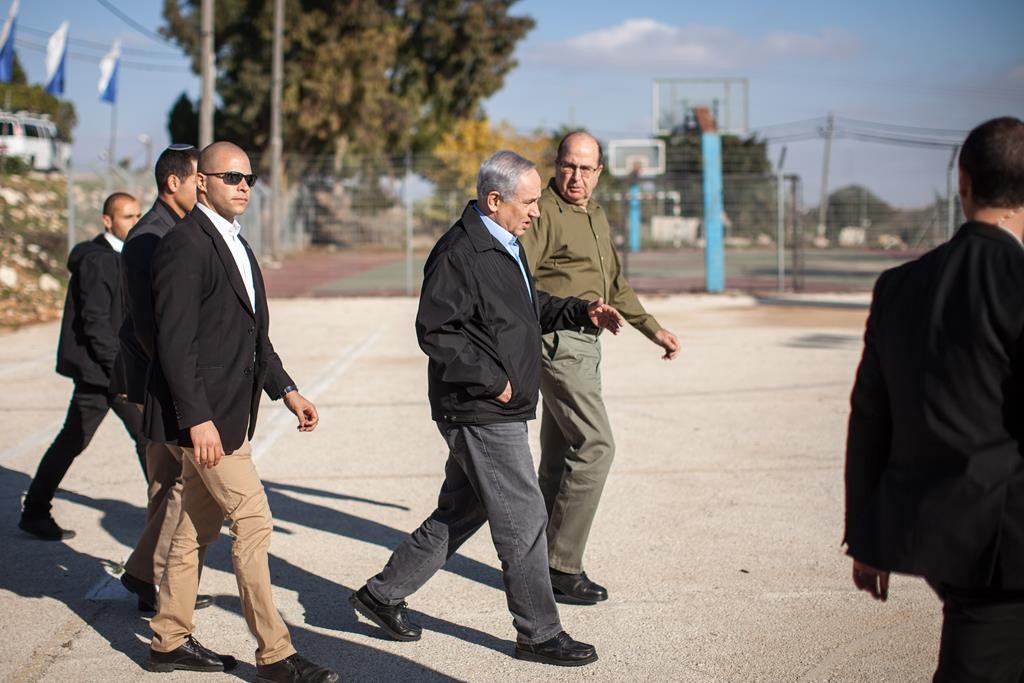 Israeli Prime Minister Binyamin Netanyahu went to the Gush Etzion junction on Monday, where where four Israelis have been killed by Palestinian terrorists in less than a week, and declared a series of new security measures.

Netanyahu said that as a deterrent, Israel will revoke work permits from families of terrorists. When a family “knows that it has in its midst someone who is extreme or someone liable to attack … a family like that does not have the right to work in Israel.”

In addition, he pledged that every Palestinian car driving on the main roads will be checked. Bypass roads — like the one around the Gush Etzion junction — will be constructed where needed. He also said that the government will act to thwart incitement on social media through “various means.”

The statement came as the government faces rising criticism from Gush Etzion residents in particular that it is not doing enough to ensure public safety.

Security officials were also reportedly considering a plan to separate Israelis and Palestinians in the area to prevent further attacks.

Politicians on the right and left are speaking of the urgency of defeating the terror, and that more serious measures may be required.

“The wave of terror is getting worse,” said Zionist Camp MK Eyal Ben Reuven. “We are coming close to the point where we will have no choice but to go out on a serious and wide-ranging campaign to make it clear to the Palestinian leadership what the price of terrorism is.”

Ben-Reuven, a former IDF general, spoke after another Israeli was stabbed to death on Monday.

“We must make it clear to the Palestinians that Israel will not tolerate this terrorism,” said Ben Reuven. “It is up to them to spit out the terrorists from within their midst.”

Said Deputy Defense Minister Eli Ben-Dahan (Jewish Home): “We are facing one attack after another. We must force the will of terrorists, making them decide that it is not worth going out of their house to harm civilians and soldiers. I reiterate that only demolition of terrorists’ homes at the time that a terror attack is conducted, and sending the whole family out of the country, will prevent the next attack.”

As of Monday, 22 Israelis have been killed in the two-month campaign of terror. Medical teams have so far treated 192 wounded people, while another 82 have been treated for shock.