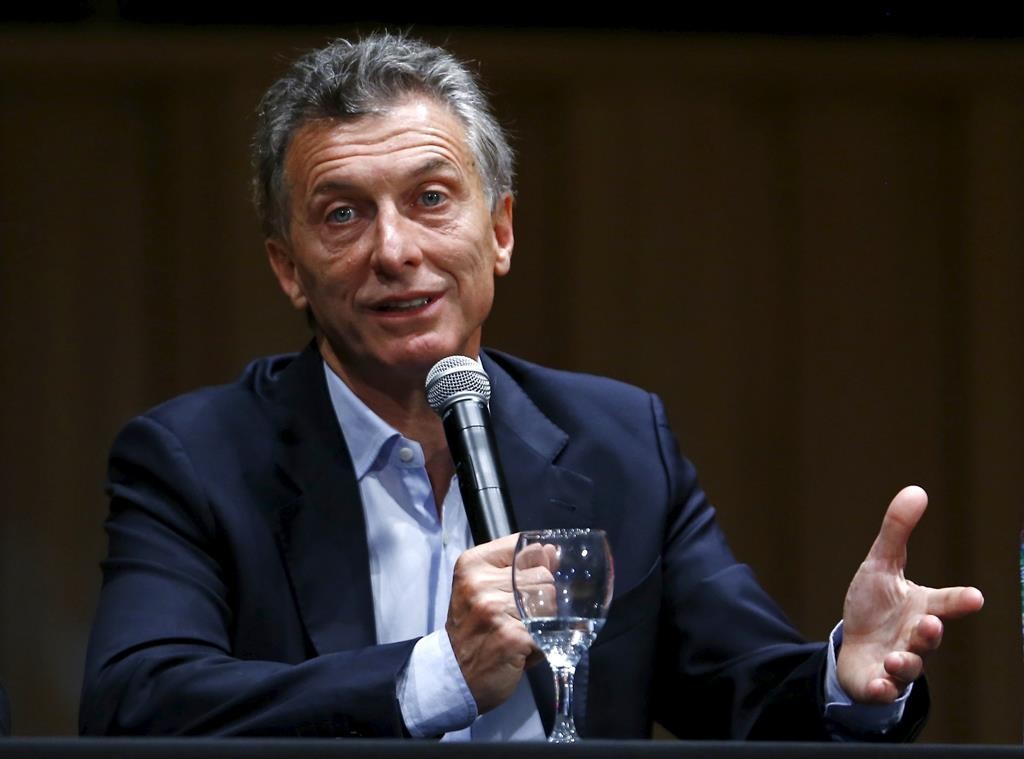 Macri, fresh off his historic election win late Sunday, began laying out how he would achieve some of the promises that helped him put an end to 12 years of “Kirchnerismo,” a movement aligned with the poor led by Fernandez and her late husband and predecessor, Nestor Kirchner.

Macri, the outgoing mayor of Buenos Aires who will assume the presidency Dec. 10, said a key task is just spelling out the true nature of problems such as 30 percent inflation and government spending that many private economists warn is not sustainable.

Macri reiterated his promise to lift unpopular restrictions on buying U.S. dollars and thus eliminate a booming black market for foreign currencies that creates distortions in the economy.

Lifting restrictions would likely lead to a sharp devaluation of the Argentine peso, which officially trades at 9.5 to the U.S. dollar but on the black market is around 16 pesos.

Macri will likely encounter fierce resistance in Congress, where he doesn’t have majorities in either chamber. The makeup of Congress, filled with many Fernandez loyalists including her son, is particularly important for the long-standing debt spat with a group of creditors in the U.S.

The close finish in Sunday’s historic runoff — Macri got 51.4 percent of the vote compared to 48.6 percent for Scioli — will embolden ruling party stalwarts to question his moves.

“It was practically a tie,” said Fernandez’s Cabinet chief Anibal Fernandez, adding that the ruling party “will be preparing to return to power.”