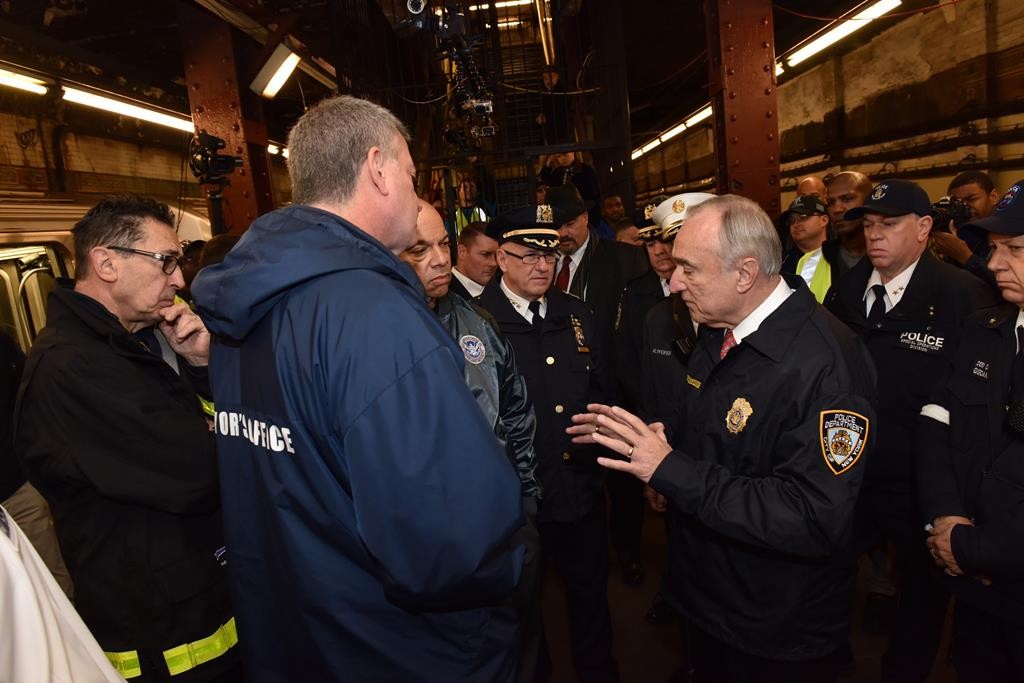 The long-planned drill at a Manhattan subway station got a last-minute update in the wake of the deadly attacks in Paris. Officials added an “attacker” wearing a suicide vest.

“In New York City, we are, at this time, very well-prepared and continually improving that preparedness,” Commissioner William Bratton said outside the abandoned Bowery station in Lower Manhattan.

The three-hour active-shooter exercise took place in the pricey Soho neighborhood populated by art galleries and boutiques. Members of the police, fire and federal Homeland Security departments went into action after a mock call reporting a gunman on the station platform.

Of about 30 simulated straphangers in the station, a dozen suffered “critical wounds” from weapons firing blanks. Firefighters removed them on thick yellow plastic sheets and law-enforcement personnel took on the threat.

The Department of Homeland Security used the exercise to test technologies including GoPro-like cameras worn by first responders and acoustic gunshot detection systems designed to give police and firefighters information to coordinate their responses. Such systems are being developed for surveillance of the subway system, the commissioner said.

Sunday’s drill was funded by Homeland Security, and Bratton said there would be more such practice runs he says are “vitally necessary” and provide valuable response lessons.

The commissioner said New York would send a law-enforcement team to Paris when that probe was completed to learn as much as possible from those operations.

Mayor Bill de Blaiso watched the three-hour drill, later calling it “an impressive display of the capacity of this city to respond.”

Bratton noted that there is no specific threat against the city. But security in the subways, Times Square and other prominent sites has been bolstered. On Friday, he took the subway from City Hall to Grand Central station where he shook hands on the platform with officers.

Bratton cautioned New Yorkers from becoming alarmed. He says terrorists are attempting to spread fear and he encouraged people “not to engage in that spreading of fear.”