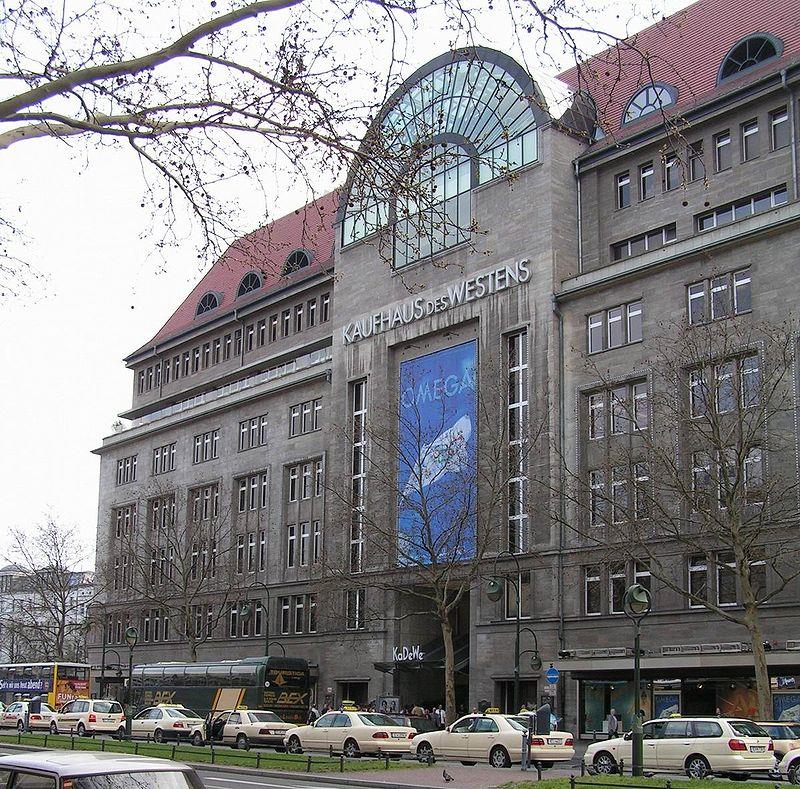 Bowing to pressure from Israel and within Germany, the department store KaDeWe apologized on Sunday for removing wine produced in the Golan Heights from its shelves and returned them to their places.

Earlier in the day, Israeli Prime Minister Binyamin Netanyahu registered disapproval. “We strongly protest against this step, which is morally, substantively, and historically unacceptable,” Netanyahu said. “We expect the German government, which came out against product labeling, to act on this grave matter.” Netanyahu noted that the same business was originally owned by Jews, and confiscated by the Nazis, part of the anti-Jewish campaign that culminated in the Holocaust. The store at the same time came under fire on social media and received a protest from the Green Party’s Volker Beck, president of the German-Israeli Parliamentary Friendship Group in the Bundestag.

On Sunday, KaDeWe sent him a letter of apology.
“The eight Israeli wines will be immediately returned,” the letter read. “On this issue, dealt with following recommendations of the European Commission, we acted too fast and without sensitivity. We are sorry that the mistaken action of the KaDeWe Group led to misunderstandings, and we want to apologize for that.”

The letter stressed that it sells a wide variety of international products, including more than 200 Israeli products.
“The KaDeWe is a symbol of cosmopolitanism and internationalism, and we reject intolerance from any side,” the letter read.

Meanwhile, Avis was accused of refusing to rent a car to an Israeli customer based on his nationality, according to the New York Observer.

When Teva Pharmaceutical Industries SVP Dov Bergwerk presented his driver’s license, reservation number and loyalty card on Motzoei Shabbos, he was turned down by the manager of the Avis branch on West 76th Street and Broadway, who told him it is company policy not to recognize Israeli documents.

Even after Bergwerk enlisted customer service, which confirmed that Israeli documents were acceptable, the local Avis manager then refused him on the grounds that he had argued about the way he was being treated in front of other customers.

Bergwerk said, “While no direct reference was made to being anti-Israel, that was my impression almost from the initial moment I presented my license and credit card as I have done over 15 years of business and leisure travel without ever being challenged.”