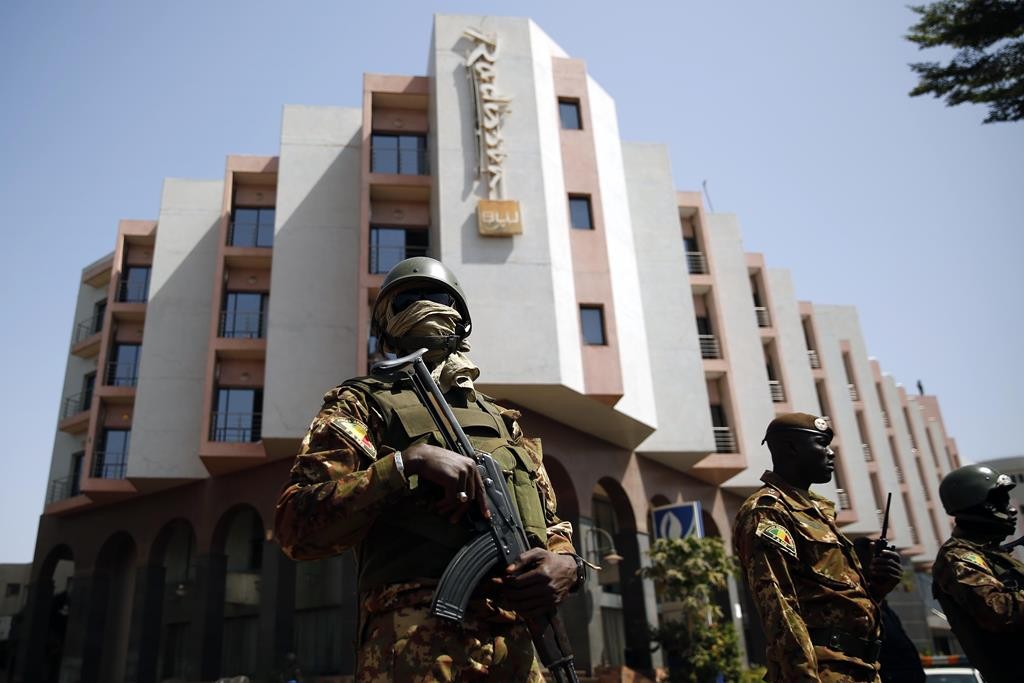 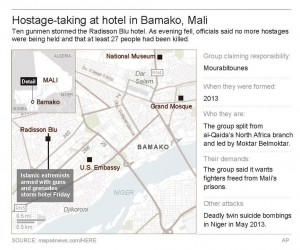 An assault on a luxury hotel in Mali’s capital that killed 19 people was a clear attempt to derail a fragile peace process meant to stabilize the country’s volatile north, a representative of northern separatist groups said Sunday.

Halting peace negotiations have been dragging on between the central government and northern separatist groups for more than two years in an effort to end the disputes that turned large sections of the country into a haven for radical Islamic terrorists.

The talks have shown some promise in recent months. The Radisson Blu hotel attacked by two terrorists on Friday was preparing to host a meeting on implementing the latest accords.

“The attack was targeting the peace agreement,” said Sidi Brahim Ould Sidati, a representative of the Coordination of Azawad Movements, known by its French acronym CMA. The CMA is a coalition of groups seeking autonomy in northern Mali and includes ethnic Arabs and Tuaregs.

The hotel attack was claimed by the Al-Mourabitoun (The Sentinels) radical group which has links to al-Qaida. The group’s statement said attacks would continue until the government ended its “aggression against our people in the north and the center of Mali.”

Friday’s attack began at around 7 a.m., when two gunmen armed with assault rifles and explosives attacked just as guards who had worked the night shift were preparing to hand over to a new team.

The two terrorists quickly overpowered the guards and moved into the hotel as terrified guests scrambled out of the dining room where they were having breakfast and tried to hide in the kitchen. Malian troops backed by French and American forces then assaulted the hotel in a siege lasting more than seven hours that involved clearing the building floor by floor.

An Israeli national was among the 19 people killed. Israel Radio said Shmuel Benalal, an education consultant and executive, was in Bamako advising the Mali government. Since Israel and Mali do not have diplomatic relations, the United States and Germany were involved in efforts to repatriate his body, the report said.

The foreign ministry said another Israeli national, whom it did not identify, had also been staying at the Radisson Blu hotel in Bamako but had escaped unharmed.

The timing of the attack suggested a well-planned operation that analysts said could have been an attempt by al-Qaida and its Al-Mourabitoun allies to assert its relevance amid high-profile assaults by the rival Islamic State group, including the Nov. 13 attacks on Paris that killed 130 people.