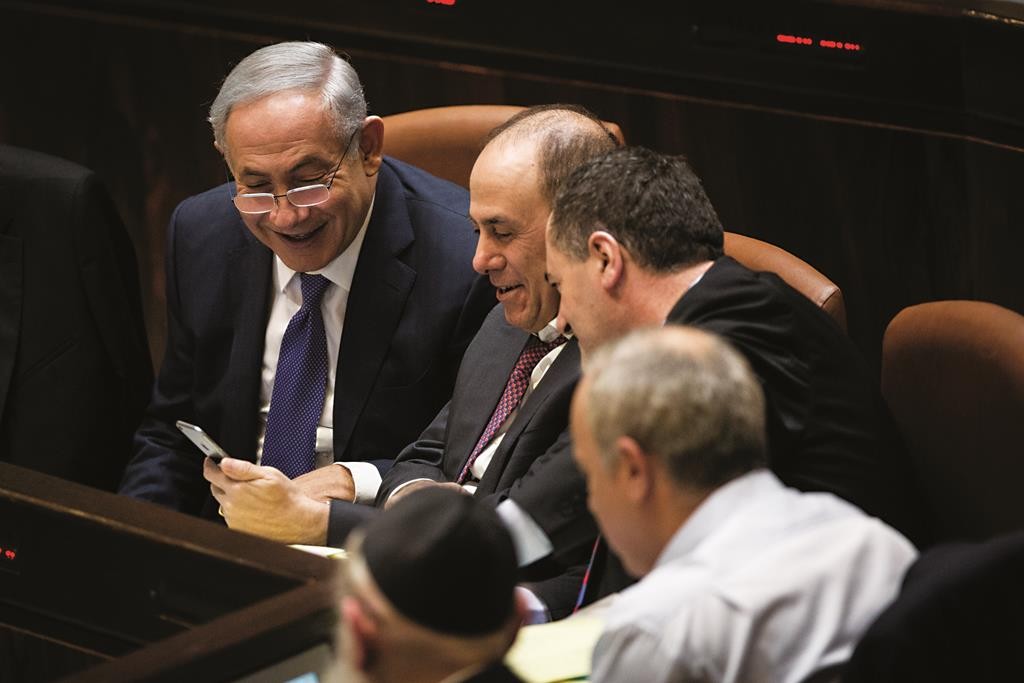 Despite predictions of a two-week bicker, the Knesset passed the 2015–2016 state budget in a single twelve-hour session on Wednesday night, to no one’s disappointment.

The budget and accompanying Economic Arrangements Bill became law at approximately 4 a.m. on Thursday, after an overnight marathon of over 12 hours.

In light of International Monetary Fund criticism of Israel’s debt projections as virtually meaningless, given its inability to stick to them, a new law will require any new spending to be justified within deficit limits for three years ahead.

The defense budget will rise from NIS 57b. in 2015 to roughly NIS 60b. in 2016, assuming implementation of agreed reforms in the Defense Ministry. Surprisingly, notwithstanding the increased burdens on security forces during the ongoing Palestinian terror attacks, overall spending on security and public order will remain stable at just over NIS 74b.

Spending on education and welfare will rise a combined NIS 10.4b., from NIS 129.7b. to NIS 140.7b., though that total represents a 3% cut from the original growth path.

Cuts to child allotments will be partially reversed; the creation of a “savings account” for every child, which he or she can access after the age of 18; passage of the Sheshinski 2 Commission’s recommendations on taxing non-oil and gas natural resources (such as potash); an infrastructure and jobs fund for the Negev to be funded by such natural resource taxes; and reducing interest rates for certain eligible mortgages.

As the night wore on, the MKs wore down in a mixture of antics and histrionics, typical of late-night sessions in Israel’s parliament.

At midnight, Finance Minister Moshe Kahlon’s 55th birthday was celebrated with a birthday cake and homemade snacks handed out by some of the MKs.

Every one of the 120 members of Knesset was on hand for the crucial voting, including MK Oren Hazan (Likud) who arrived after three days in the hospital for a chronic respiratory disorder complicated by sinusitis. He had asked the opposition to offset him — to arrange for one of their MKs to be absent so that his nonattendance wouldn’t be counted — but  the opposition refused. So Hazan sat in the back of the plenum for much of the night, attached to an inhalator.

MK Karin Alharrar (Yesh Atid), a muscular dystrophy patient who uses a wheelchair, burst into tears after Hazan (doffing his oxygen mask) accused her of illegal voting when another MK assisted her. Alharrar’s vote was validated. Many MKs, including Netanyahu, went over to comfort her.

Earlier, Alharrar was wheeled out of the Knesset Finance Committee by an usher for shouting too much.

But there was little real drama. Prime Minister Binyamin Netanyahu was seen during a lull reading a book; others could be seen stifling a yawn from time to time.

The passage of the state budget ends a period of almost a year in which the state has operated without a renewed budget. It represents a new lease on life for the coalition, for had they failed to pass it, new elections would have been necessary.

Netanyahu reportedly said privately after the voting that “there is no possibility of adding the Zionist Camp to the government,” though a spokesman would not confirm or deny the report.

Kahlon said on Monday that Netanyahu will “act from next week to expand the government,” which rules by a majority one with an oxygen mask.