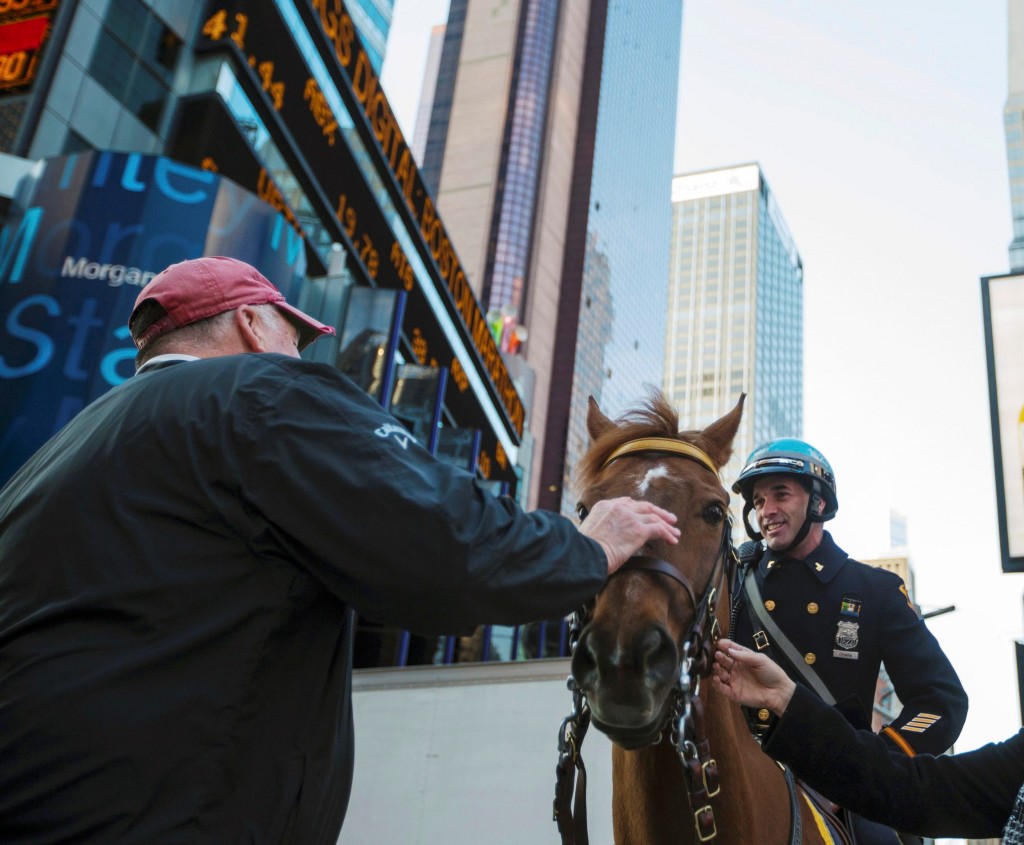 Highly visible police officers on horseback who patrol crowded sites like New York’s Times Square are an essential part of the city’s high alert in the wake of the deadly Paris attack, police officials said on Wednesday.

Days after the New York Police Department deployed its new counter terrorism team and flashed a “show of force” to ward off potential attacks, it unveiled a new $30 million hay-filled headquarters for its 52-horse, 100-officer mounted unit on the ground floor of a luxury building on Manhattan’s trendy far West Side.

A 5-minute trot from midtown Manhattan, the 26,000-square foot corral equipped with a state-of-the-art crime fighting computer system replaces an aging stable on land along the Hudson River that will be used by the Manhattan Waterfront Greenway, said Assistant Chief Harry Wedin. The Manhattan building holds 26 horses, with others kept in the Bronx, Queens and Brooklyn.

After last week’s attacks in Paris, New York is on high alert and the “10-foot cop” on horseback is “our most visible and recognizable officer,” said First Deputy Commissioner Benjamin Tucker.

“They perform a crowd control function in chaos,” Tucker said.

It was mounted officers, after all, who street vendors in Times Square sought help from in May 2010 after they saw smoke coming from what turned out to be a homemade car bomb, Tucker said. The mounted officers were able to clear the area of bystanders by the time the bomb squad arrived.

“If I’m on a horse, I’m more visible to the crowd,” said Officer Muhammad Mirza, 38, as he held the reins of Patriot II, his gleaming brown horse with a black mane. “You get a better view of the street.”

New York is one of the few U.S. police departments to keep its police horses after cities including Philadelphia, Boston and San Diego retired theirs. It also appears to have the nation’s only police stable in an urban setting, let alone a luxury high-rise.