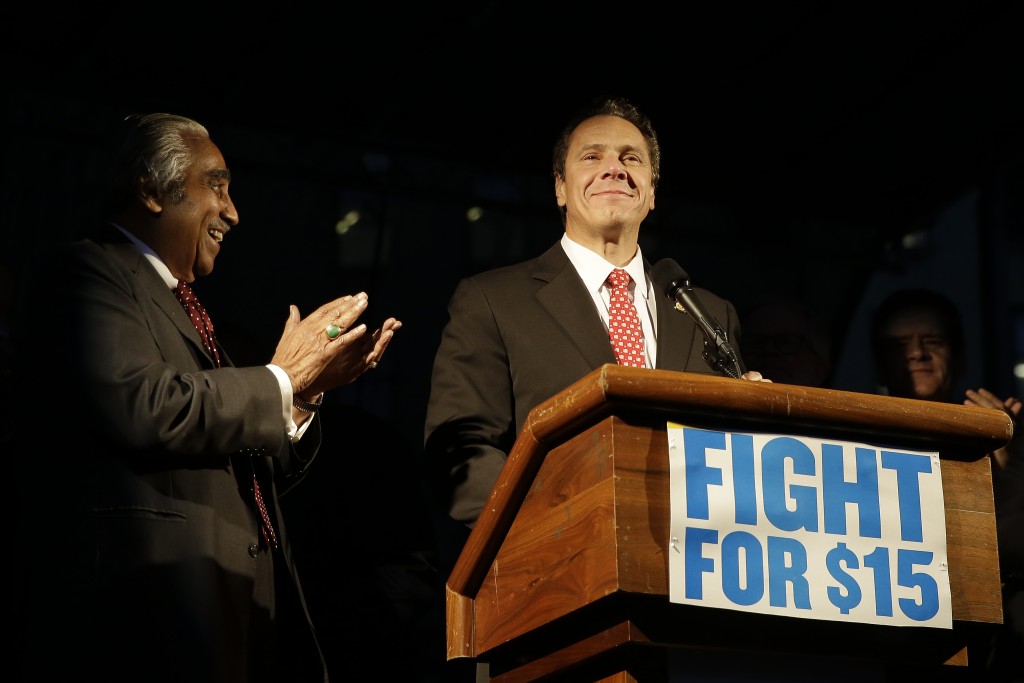 Buffalo and Rochester are moving to raise the minimum wage of municipal employees to $15 an hour as part of Gov. Andrew Cuomo’s push to raise the wage floor for all workers.

The Democratic governor joined the mayors of both cities for their announcements on Wednesday.

In Buffalo, the increase approved by Mayor Byron Brown will affect 479 workers when fully phased in in 2021.

The increase in Rochester is subject to City Council approval, but has the support of Mayor Lovely Warren and the City Council president.

Last week Cuomo said his administration would gradually increase the minimum wage for all state workers to $15. He wants to pass legislation giving the same minimum to all workers in the state and says that governments can lead by example.